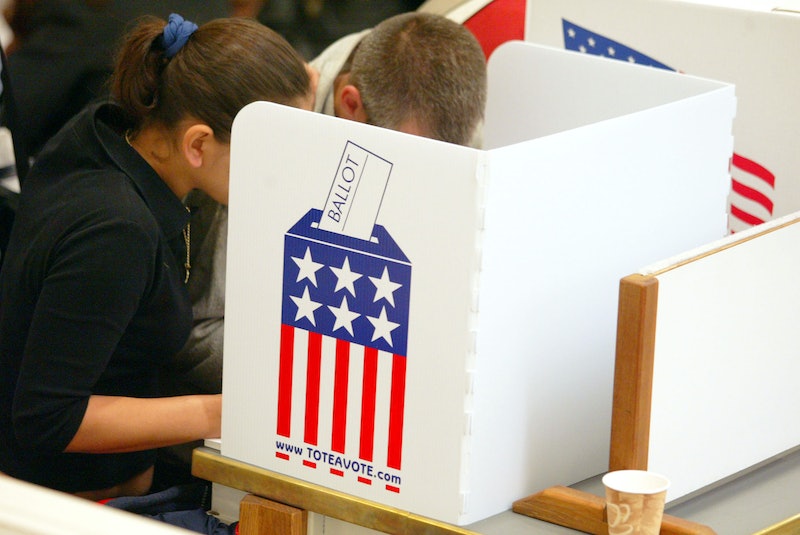 The state of Oregon is considering legislation that would allow more teenagers to make their voices heard in the political arena. Indeed, the voting age in Oregon could drop to 16 if legislators approve a recently-proposed amendment to the state's constitution. Those who support the bill say that younger teens are well-qualified to have a say in their state's politics, CNN noted.

The bill proposing the change, known as Senate Joint Resolution 22, was introduced in the state's legislature on Monday. CNN noted that the bill's sponsors want the age change to apply to all elections, including federal. If the state's legislature passes the bill, Oregon's citizens will then vote on the issue via referendum in the 2020 election. Then, if the referendum passes, Oregon would become the first state in the country to have a statewide voting age of 16, WAFB 9 reported. Notably, CNN indicated that the U.S. Constitution guarantees those 18 and older the right to vote, but doesn't prohibit states from lowering the voting age.

One of the bill's sponsors, Senator Shemia Fagan, stressed that changing the voting age makes sense because teenagers are often impacted by laws in the same ways as adults. “We heard from students who talked about the fact that they can drive like adults, that they have to pay taxes when they start working like adults, but they have no voice in actually participating in that process," Fagan told the Associated Press.

The senator added that some issues, like gun control and climate change, could potentially stand to impact teenagers even more than adults and, as a result, younger teens should get a say in how these issues are addressed. Samantha Gladu, the executive director of a grassroots youth organization called Bus Project, shared similar sentiments with CNN, emphasizing that younger teenagers are already very engaged with politics and policy advocacy. As Gladu described to the network:

They know that we have to take action urgently on issues like education funding, health care, climate justice and gun violence in particular ... I'm also hearing a lot from 16- and 17-year-olds about the need for criminal justice reform and the need to stop mass incarceration.

Time will soon tell if Oregon will indeed become the first state to allow those 16 and older to vote. If the change does move forward, many will likely be watching to see how many 16- and 17-year-olds take part in future elections.