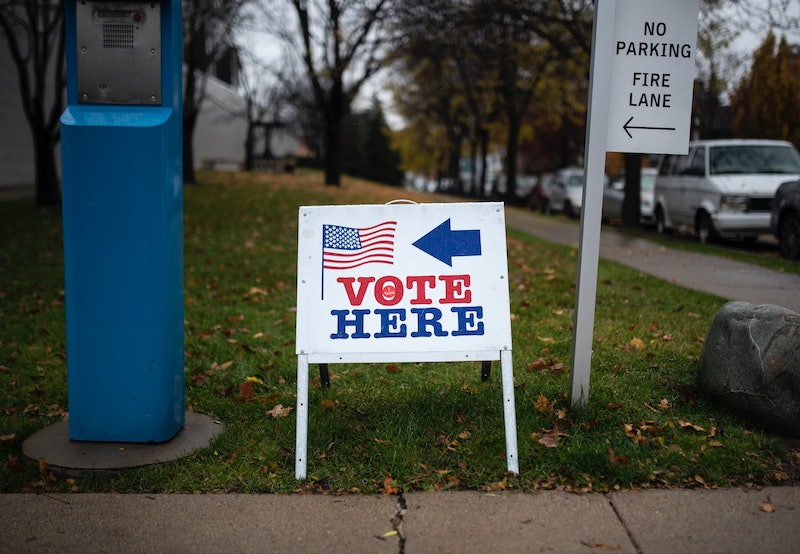 On the verge of becoming the first jurisdiction to allow 16- and 17-year-olds to vote in presidential elections, Washington D.C. lawmakers tabled a voting age bill on Tuesday. Two DC Council members who helped introduce the legislation inexplicably changed their minds and didn't vote to move forward with the bill, The Washington Post reports.

"We have a moment in front of us that will recognize and respect the value and power that these young voices have," Charles Allen, the Democratic D.C. Council member who wrote the legislation, told his colleagues, per the Associated Press. A group of high school students were at the hearing when council members voted seven to six to indefinitely delay the measure, The Post's Fenit Nirappil reports.

While some cities allow minors to vote in local elections, teens under the age of 18 currently can't vote in presidential elections anywhere in the nation. The proposed legislation, which was approved by the D.C. Judiciary and Public Safety committee earlier this month, would have changed that, giving more D.C. teens a say in who occupies the White House and who represents them on Capitol Hill.

Though the bill faces a looming end-of-year deadline after Tuesday's vote to delay, Allen doesn't plan to give up hope just yet.

"Change is hard. But to all the young leaders, don’t give up. We’ll be back," Allen tweeted Tuesday night. He reportedly reassured the high school students lobbying for the bill that the fight will continue.

“It’s not dead,” Allen told The Post of his proposed legislation. “But something has to change for the votes to be able to bring it back. Clearly, I’ve got some colleagues that are afraid of change. Change can be scary.”

A similar bill Allen introduced in 2015 was never passed. The current bill's opponents argue that minors aren't capable of making informed decisions, while Allen claims involving people in the voting process at a younger age would help boost voter turnout. Not to mention, 16-year-olds can drive, hold a job, and pay taxes, Allen pointed out in an April press release.

"The laws and budgets we pass have huge effects on these young people," he wrote at the time. "We have a citywide curfew for anyone under the age of 17. We have laws with penalties that can dictate their future. We have no problem collecting taxes or fees from residents who are 16 and 17 — why shouldn’t we fully enfranchise them?"

March for Our Lives rallies in D.C. inspired Allen to introduce the legislation this year, following the trend of young activists sparking voting age bills. In 1971, Congress approved legislation lowering the legal voting age from 21 to 18 after student protesters opposing the Vietnam War argued that anyone old enough to be drafted should be able to vote, The Post reports.

Calls to lower the voting age have intensified across the nation over the past year in the aftermath of countless school shootings. As Kathryn Zaia, 14, wrote in an op-ed for The New York Times in June, "Not only are younger people eager and willing to vote, but they are ready for the responsibility."

More like this
The Most Powerful Photos From The Weekend’s Abortion Rights Protests
By Melanie Mignucci
Every Single Big & Small Way You Can Fight For Abortion Rights
By Tess Garcia
The UK Abortion Laws In 2022, Explained
By Sophie McEvoy
For These Abortion Clinic Volunteers, Going TikTok Viral Is A Risk Worth Taking
By Audra Heinrichs
Get Even More From Bustle — Sign Up For The Newsletter