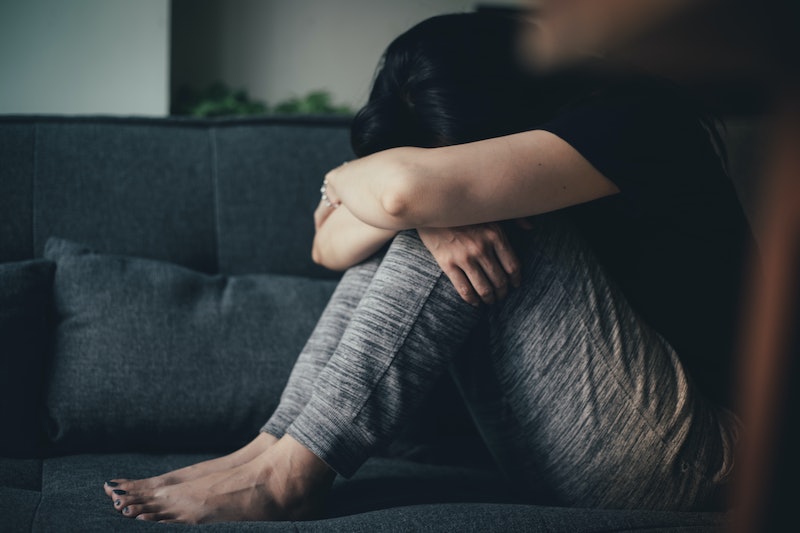 Feminist organisation Level Up has won a campaign to change how the media reports domestic violence. The organisation has created guidelines for more sensitive reporting which aim to help preserve the dignity of those affected by domestic violence and their families. The campaign is a partnership between Level Up, domestic abuse charities, survivors' families, and academics.

According to the Independent, the UK's leading press regulators, IPSO and IMPRES, will be adopting the guidelines that suggest practical ways in which the reporting of fatal incidents of domestic abuse can be improved.

As Level Up said in a statement about the news, "Every week in the UK, two women are murdered by a partner or ex-partner." Yet media coverage on such sensitive topics isn't always framed in way that puts the survivors first.

Level Up, a UK feminist organisation, officially launched in 2018 after raising £75,000. Their mission is to "build a community of feminists who can work together to end sexism in the UK." Some of their other campaigns call for Facebook to take women's harassment more seriously and for LGBTQI+ inclusive sex education in schools.

These are their 5 key guidelines to improve reporting on domestic violence:

Professor and Director of the Child and Woman Abuse Studies Unit, London Metropolitan University, Liz Kelly CBE said in a statement, “Women killed by their partners do not have dignified deaths, the least they should be afforded is dignity after death. We also owe this to their children and relatives - grief can be compounded by careless media reporting. We need to care more, not less.”

As The Guardian reports, the campaign was created in partnership with survivors, including Ryan Hart, whose mother was killed by his father three years ago. He told the publication, “There was a rush to excuse our father’s actions in the media and to sympathise with him that showed a complete misunderstanding of coercively controlling men.”

These new changes will make journalists accountable for their actions and give much needed dignity to those affected by domestic violence and their loves ones.

If you have been affected by any of the issues mentioned in this piece, contact the Domestic Violence Helpline on 0808 2000 247.