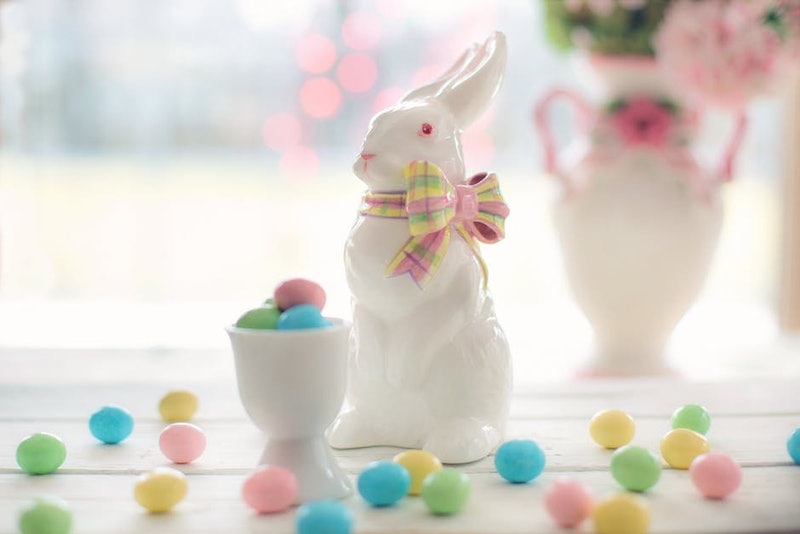 There are many slightly confusing holidays out there, but Easter, with its candy eggs, playful bunnies, and very serious religious element, might be one of the most perplexing. It's a mish-mash of ancient fertility symbols from various cultures (Roman and Celtic most prominently) with Christian iconography celebrating the rebirth of Jesus, all wrapped up in a bow of modern consumerism and Nutella. There is no way to describe it ("we celebrate the rebirth of a savior by eating chocolate eggs that were delivered and/or laid by a giant magic rabbit") that makes it sound any less than insane. But beyond the cross-cultural core of the holiday itself, various traditions in Easter time have had lives of their own — from chickens in department store windows to German migrants and elaborate papal accessories.

I'm not about to weigh in on the "where Easter came from" argument, which always gets historians all worked up. Quaint traditions like parading down Fifth Avenue in vintage finery or stuffing your face with chocolate symbols of regeneration are a bit easier to trace — though as we'll see, they themselves have attracted controversies, some across national borders. So when you put on your Easter bonnet and go to see what the Easter Bunny left you, bear in mind that this is a holiday with some extremely strange and well-established aspects, and that humans are a very weird species sometimes.