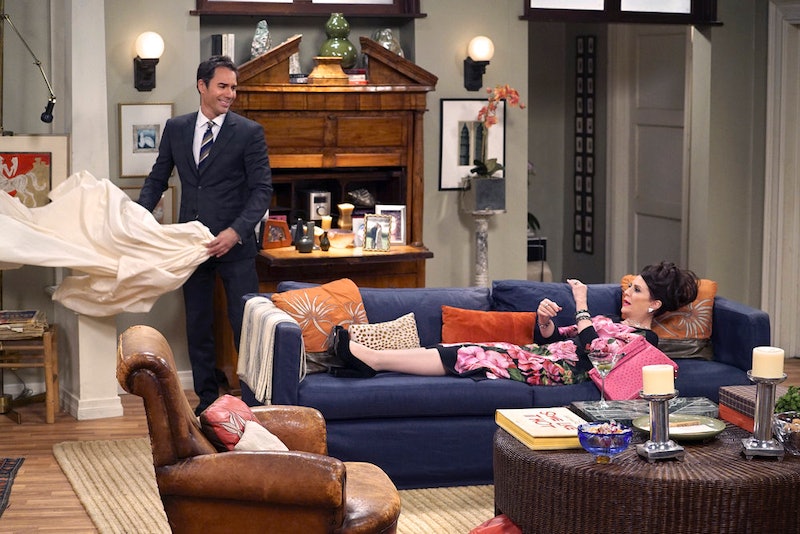 Though this probably won't lessen your excitement for it, the Will & Grace revival will ignore the finale, which makes literally no freaking sense. Executive producer/creator Max Mutchnick confirmed the news to Entertainment Weekly, stressing that his original finale had been written when he thought the show was never going to return. This is troubling news, because to ignore the finale feels insulting to those who invested in it.

Sure, it's understandable that audiences like happy endings, and, sometimes, a devil-may-care attitude to timing and clear progress in narrative may mean packing a lot into a final episode or two to tie all the story threads up in a neat bow. Sometimes, doing so may even challenge your audience's credulity and have viewers asking questions like, oh really, Grace really fell out with Will, didn't speak to her platonic soulmate for 18 years, and then bumped into him because both of their kids were living in the same college dorm? That still doesn't mean that the finale should just be ignored.

However, Mutchnick stressed that his hands were tied by circumstances:

“We spent most of our time trying to figure out what would be the way to make the show the best version of itself coming back after 11 years. That finale really caused us a lot of grief. You write a finale because a show is over. You never think that it’s coming back again.”

Executive producer/creator David Kohan also stressed that the pair's kids had played a big part in this decision, explaining that, if they had children, then the show would have to be about the pair as parents, and, if the children were absent, they would seem like bad parents. "We frankly did not want to see them being either good parents or bad parents," he said. "We wanted them to be Will and Grace."

If you need a refresher, the finale showed us some big moments — namely your favorite redhead getting married to Leo and them bringing up their daughter Leila together. Her best friend also finally got lucky in love, getting back with his ex Vince and having a son with him. Then Will and Grace fall out, reuniting only when they have college-age kids (who even go on a date, which was the tiniest bit overexciting).

And if you're wondering how exactly they're going to ignore the finale, then a clue is offered by a separate interview with Entertainment Weekly in which Megan Mullally revealed Karen's first line in the Will & Grace revival would be "I had the weirdest dream." Yes. That's right. They might be using the oldest trick in the book, the old I-had-a-weird-dream swag.

This makes sense, of course. By the chronology established in the finale, the former best friends would be just 10 years (of the 18 years) into their not talking to each other by now. As such, they wouldn't even be in contact, much less sharing an apartment. But let's face it; it's also the absolute worst. While marriage and kids should never be used as markers for a character maturing, in the absence of other changes (like careers, say, or boycotting the Barney's sale), it did suggest that the pair had grown and changed together.

Having Will and Grace return single, childless, still cohabiting, in the exact same jobs and with the same friends isn't nostalgic. It's kind of depressing. As queen of shade Karen would say, Oh, honey.

More like this
The 'PLL: Original Sin' Creators Say A’s Identity Will Be “Very Clear” By The Season Finale
By Alyssa Lapid
Lisa Kudrow Explained How Her Body Image Changed While Filming 'Friends'
By Grace Wehniainen
Miranda Cosgrove Reacts To Jennette McCurdy’s Shocking ‘iCarly’ Revelations
By Grace Wehniainen
Jennifer Aniston Picked The Best ‘Friends’ Moment To Mark Lisa Kudrow’s Birthday
By Stephanie Topacio Long
Get Even More From Bustle — Sign Up For The Newsletter