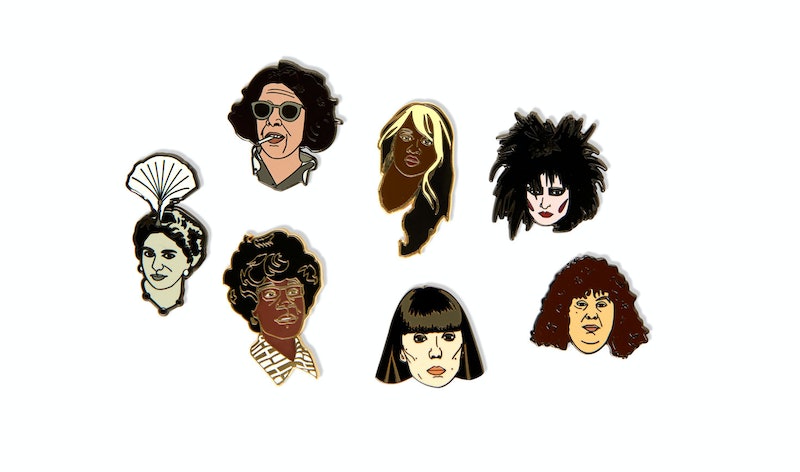 Cheeky, statement-making clothing and merch has been making waves lately, particularly when it comes to badass phrases and designs that promote feminism and equality across the board. So who better to get in on the game than The Wing, the women-only work and community space in the Flatiron neighborhood of NYC (and soon to be in SoHo, Downtown Brooklyn, and Washington D.C., too)? The Wing's second merch and clothing collection is dropping on Thursday, May 18, and with an actual membership waiting list more than 3,000 boss ladies long, you may want to set a reminder.

The new pieces will be up on The Wing's website at 8 a.m. EST on Thursday, May 18, and everything retails from $12 to $40. All of the T-shirts, hats, totes and pins in the line are pretty amazing, but there are a couple of extra special standouts. Independent Toronto-based designer Inner Decay collaborated with the Wing on a fantastic Queen Pins set featuring seven incredible ladies in illustrated form. For the pin featuring feminist writer Andrea Dworkin, 100 percent of the proceeds will go to RAINN, an anti-sexual assault organization working with local rape crisis centers across the United States, according to The Wing.

Girls Doing Whatever Tote, $35, The Wing

This tote is pretty much amazing on its own, but it looks extra boss with the pins on it.

A long-sleeve white tee with a purpose.

Don't say we didn't warn you.