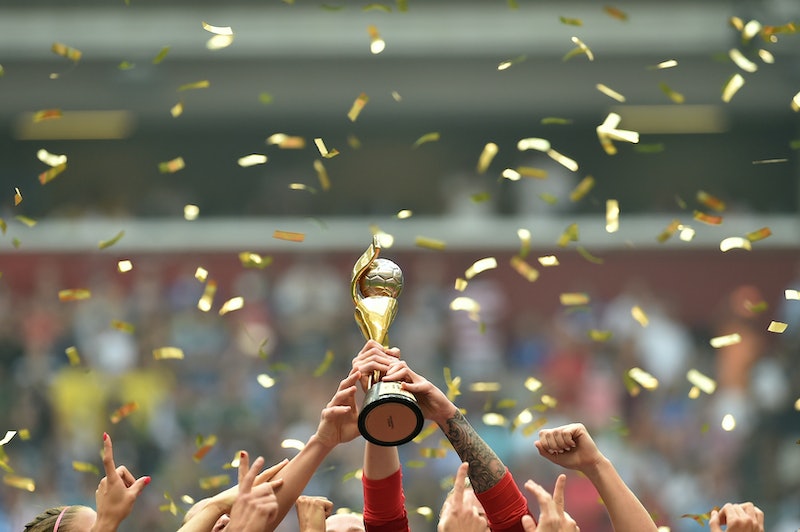 Despite a controversy with U.S. women's soccer team co-captain Megan Rapinoe, President Trump has announced that he will send an all-female presidential envoy to the much anticipated final game this weekend. The women Trump is sending to the World Cup final match on Sunday represent an array of officials and industry representatives.

The final match is scheduled for July 7, in Lyon, France. The women's team will face off against either Sweden or the Netherlands, depending on how the remaining semi-final game goes. The U.S. team trounced England on Tuesday, sending them to the final round.

Like many other U.S. sports of late, some players have found themselves publicly at odds with the Trump administration and its allies. This conflict was taken up a notch in the last week, when the president sent a string of tweets about Rapinoe.

Rapinoe has handled the controversy smoothly, however, and has by all accounts appeared calm in the face of the matter. That said, she made it clear that she does not plan to visit the White House after the World Cup is over, regardless of whether the U.S. team wins or loses.

Although sending a delegation to Sunday's game appears to be an olive branch, The Hill reports that President Obama also sent a similarly sized delegation to the tournament in 2015. The women President Trump has selected represent figures from the government as well as women's professional sports.

Some selections for the delegation appear straightforward — such as Royce, who works for the Bureau of Educational and Cultural Affairs, or Olsen, who heads the Peace Corps. Loeffler, co-owner of the Atlanta Dream, does not appear to have a direct relationship with the Trump administration or women's professional soccer, but does represent leadership within women's professional sports, more broadly.

Rohbock, for her part, has ties to both the government and professional soccer, having worked as a professional player in the past. The White House said in its statement that she also serves as a member of the National Guard and is a member of the President’s Council on Sports, Fitness, and Nutrition.

The Trump administration appeared committed to select a wide variety of representatives when it chose who its envoys would be. It was not clear on Wednesday whether or not the administration opted to compile the envoy before or after controversy between Trump and Rapinoe boiled over on the internet last week. In any case, the world will certainly be watching as the U.S. women's soccer team competes on Sunday, and onlookers will be on the edges of their seats.