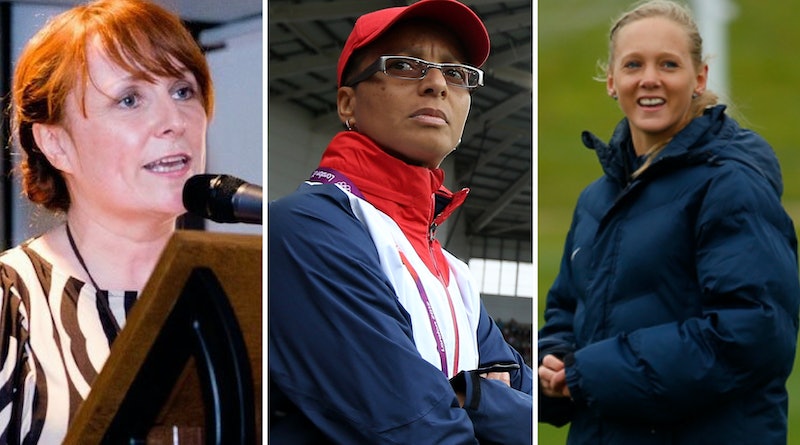 The 2019 Women’s World Cup is a huge opportunity to celebrate female sporting excellence at its finest. However, while all eyes are on the star players heading to France, we should also remember that so much work is happening off the pitch that we never really get to hear about. But who are the women working behind the scenes in football? And what motivates them to do what they do? I spoke to five of them — a manager, a CEO, a psychologist, a coach, and a sports scientist — to understand their experience of the game and to hear how they'll be celebrating the Women's World Cup 2019.

When Scotland and England's World Cup teams take to the pitch on June 9 2019, hearts all over the UK will swell with pride. It's an important moment for fans of the game, and especially for young female players watching at home. But, aside from the players, who else should we be celebrating this June? Across the UK, countless women work tirelessly to make football what it is. While these people may not make the headlines as often as our star players, they certainly deserve some serious recognition for what they do for the game.