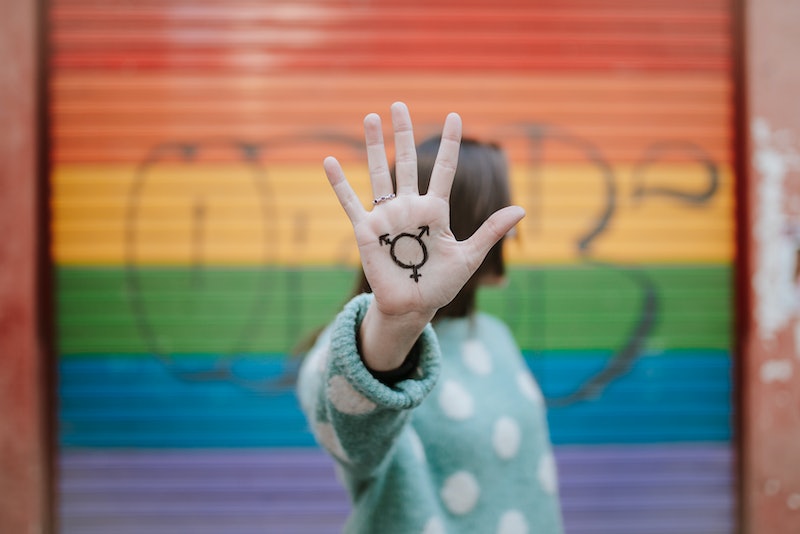 The World Health Organization officially no longer considers gender dysphoria a mental illness. According to CNN, the agency recently announced that it has moved "gender incongruence" out of the chapter of mental disorders and into the sexual health chapter. This change was announced in WHO's newest International Classification of Diseases (ICD) catalog, and will be reflected in further catalogs starting in 2022, after the change is presented to the WHO's legislative body in 2019, CNN reported.

According to the ICD, "gender incongruence" is "characterized by a marked and persistent incongruence between an individual’s experienced gender and the assigned sex," USA TODAY reported. This "incongruence" is generally referred to by the transgender community as gender dysphoria, which can manifest as a severe discomfort with one's body and how it's perceived and gendered by other people. Not all transgender people experience gender dysphoria.

Dr. Lale Say, the coordinator of the WHO's Department of Reproductive Health and Research, said in a WHO Q&A video posted on YouTube that gender incongruence "was taken out from mental health disorders because we had better understanding that this wasn't actually a mental health condition and leaving it there was causing stigma."

In a statement, transgender advocacy organization Transgender Europe said the WHO's "classification of transgender identity as pathological had 'contributed to the enormous stigma, discrimination, harassment, criminalization, and abuse on the basis of gender identity and expression,'" according to CNN.

Say added in the WHO's Q&A video that gender incongruence was not removed entirely from the ICD because keeping it in would help with "ensuring access to necessary health interventions" like hormone replacement therapy and gender affirmation surgeries. According to USA TODAY, the WHO said gender incongruence was left in the catalog because "there remain significant health care [sic] needs that can best be met if the condition is coded under the ICD."

Dr. Jennifer Conti, a medical professional experienced with treating transgender patients, explained to USA TODAY that "[w]hile many believe gender incongruence shouldn't be classified in the ICD at all, others argue that it's easier for transgender people to seek hormonal or surgical treatment if gender incongruence is included." However, it's worth noting that transgender people historically have had difficulty accessing comprehensive and affirming healthcare, no matter whether or where they're listed in the ICD.

In its statement, Transgender Europe called the move a "historic achievement," adding that "the global trans community has been fighting for [this] over many years. It sets the fundament for a new era of reparation for done injustice and celebration of gender diversity," BuzzFeed reported.

Julia Ehrt, executive director at Transgender Europe, also said in a statement, "This is the result of tremendous effort by trans and gender diverse activists from around the world to insist on our humanity, and I am elated that the WHO agrees that gender identity is not a mental illness," BuzzFeed reported.

Conti told USA TODAY that the WHO's decision to move gender incongruence to sexual health is "effectively saying to everyone and to the world that this is not a mental disorder and we support people who are transgender. It's a really meaningful step because it promotes inclusivity, it promotes acceptance."

Conti added to USA TODAY, "We’ve historically misclassified a lot of conditions in medicine because of a combination of stigma, fear and misunderstanding."

BuzzFeed pointed out that while moving gender incongruence to sexual health is a big move on WHO's part, the American Psychiatric Association's current Diagnostic and Statistical Manual of Mental Disorders "still lists gender dysphoria as a mental health condition."

For transgender folks, it's not news that we still have more battles to fight, and more stigma to defy. But hopefully with the WHO's decision to stand behind being transgender as an identity and not a mental illness, we'll be able to move forward with more understanding from people who aren't in the trans community.