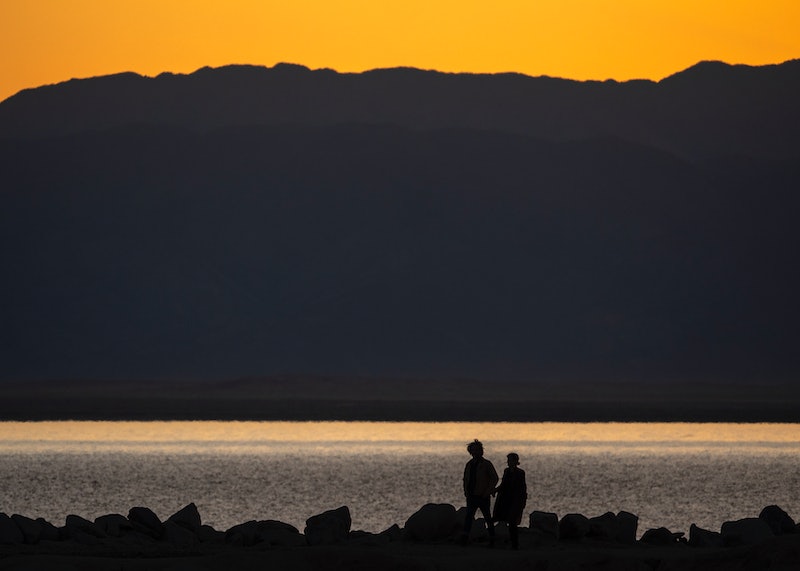 According to a recently published list from the World Health Organization, climate change is one of the top 10 greatest threats to global health in 2019. The annual list draws attention to the world’s most pressing issues related to global health, with the aim of helping inform policy change and action to address these problems. People who are opposed to vaccine usage, superbugs, and inadequate primary healthcare are among some of the other issues raised by the list.

While it may not be a huge surprise that climate change presents one of the top threats towards health for the global population, one of the lesser discussed aspects that coincide with the topic include air pollution, which WHO describes as the “greatest environmental risk to health.” Considering how nine out of ten people are inhaling contaminated air each day, according to WHO, more and more people are becoming susceptible to lung, heart, and brain diseases due to the exposure. WHO estimates that 90 percent of these deaths are concentrated in middle and low-income countries that have high volumes of air pollution due to local industry and agriculture. The 2018 California wildfires are just one of the more recent examples of how climate change is devastating communities, and WHO estimates that from 2030 to 2050, climate change may cause an additional 250,000 deaths per year as threats like malnutrition, malaria, and heat stress become more common.

Other health threats on the list include the rise of noncommunicable diseases like heart disease, cancer, and diabetes, which are in total the cause of over 70 percent of worldwide deaths, according to WHO. In an attempt to assist with a solution to this threat worldwide, WHO is working alongside governments to help achieve a global goal of cutting down physical inactivity by 15 percent for the year 2030.

Alongside other major global health threats mentioned in the list, including HIV and ebola, is an addition not included in the 2018 list: vaccine hesitancy. WHO defines the term as "the reluctance or refusal to vaccinate despite the availability of vaccines," a movement that's been on the rise in recent years. The phenomenon threatens to derail much of the progress made towards reducing the number of global preventable diseases, like measles. Some of the reasons people aren't choosing to vaccinate include inconvenience in access, as well as "lack of confidence" in vaccines, according to WHO.

Small things, like remembering to turn off lights and unplugging appliances when you're not using them, can decrease your environmental footprint.

Thankfully, the news isn’t all doom and gloom: 2019 also kicks off WHO’s latest five year plan, the more solutions-oriented 13th General Programme [sic] of Work. The plan cites ambitious health goals including providing one billion additional people with universal health coverage and ensuring that one billion more global citizens are better protected from health emergencies like epidemics. Achieving these goals by 2023 will require addressing and controlling the threats mentioned in the recent list, which is no easy feat.

If you're seeking ways to minimize these health threats on a more local scale, there are ways to help. Small things, like remembering to turn off lights and unplugging appliances when you're not using them, can decrease your environmental footprint. If you drive a lot, incorporating more green transportation options into your routine, like public transit, biking, or even carpooling, can help reduce air pollution, notes the New Hampshire Department of Environmental Services.

When it comes to dealing with vaccine-hesitance, a recent piece in The New York Times suggests methods like learning the arguments of people opposed to vaccines, and more importantly, learning how to confront these arguments and dispel myths with science-backed evidence. Less than two percent of parents against vaccination fall into the extreme category of "resisting inoculation forever," notes The Times, suggesting that many families may be open to at least hearing out more science-based arguments.

While the concerns included in the list may seem daunting, they provide a useful general guideline for local governments and global organizations to consider as they plan out and implement further policy and action in the years to come.