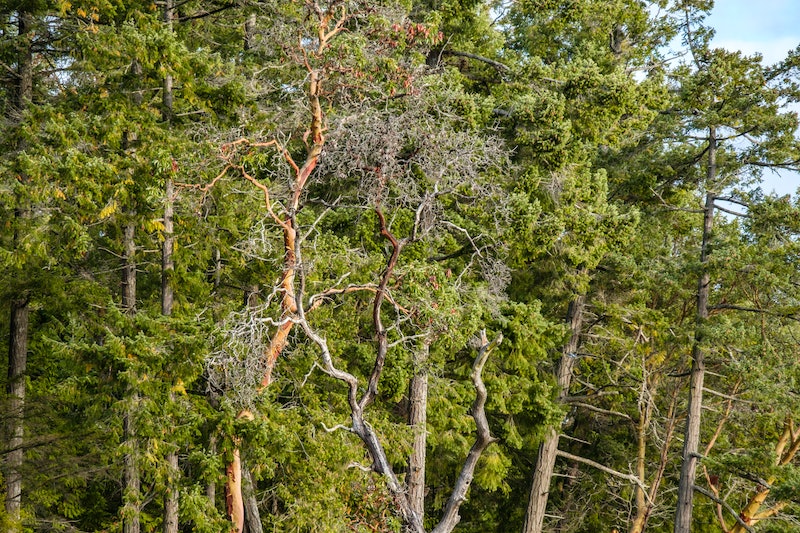 Today’s source of unexpected joy comes from a part of the animal kingdom often foreshadowed by the puppies and kittens of the world: birds. Scientists have identified the world’s loudest bird which has some mating techniques that are unconventional, to say the least. Behold, the white bellbird from Brazil who uses its loud ass call to scream in the face of potential mates.

This white plumed bird, which is about the size of a dove, has a call that is quite literally as loud as a pile driver, a machine used to bore holes into the earth. The white bellbird’s call can reach up to 125 decibels. For context, that is three times louder than both a jackhammer and the call of the second-loudest bird in the world, the screaming piha, a creature with the word “scream” right there in its name.

So, what does the male white bellbird choose to do with this power? Ward away enemies? Say “sup” to its friends? Oh no, no. It uses its 125-decibel car horn of a squawk to scream in the face of the females it’s trying to attract. As the New York Times explains, the male white bellbird “starts facing away from [the female], and then whips around to blast the loudest, record-setting note right into her face.” Subtle.

A founder of Brazil Birding Experts described the noise to the Times as a “strange, metallic, kind of alien call.” Arthur Gomes, a biology student at São Paulo State University and contributor to the new study, said that when several white bellbirds sing at once, they’re “deafening” and sound like “several blacksmiths trying to compete.” Personally, I think the call sounds like the loudest metal chair scraping across a tile floor had a baby with an airhorn. Then, that baby grew wings and made it its mission to always sound like it was speaking into several megaphones. Because I’m sure you’re curious, you masochistic little freak, there are YouTube videos of the white bellbird’s loud mating call. Proceed with caution and headphones with the volume turned way down.

Dr. Jeffrey Podos, study author and a professor with a specialty in bioacoustics at the University of Massachusetts at Amherst, told the Times that bellbird “goes against expectations” and “just really seems to be socially awkward.” Because why not be extremely loud, incredibly uncomfortable to be around, and have zero hesitance about any of it.

Nicole Creanza, an assistant professor at Vanderbilt University, told the Times, “I am surprised that the loudest bird makes loud sounds when the female is so close.” Everyone who has ever been at a party with a guy trying to flirt aggressively at them could not be reached for comment.

Dr. Podos told the Times that despite hearing the white bellbird’s mating call, they never actually saw the birds copulating. (Maybe the bird’s inhibitions come back when they know they’re being watched?) Dr. Podos added, “The ones we saw might have just been losers.” That's it. That's the tweet.