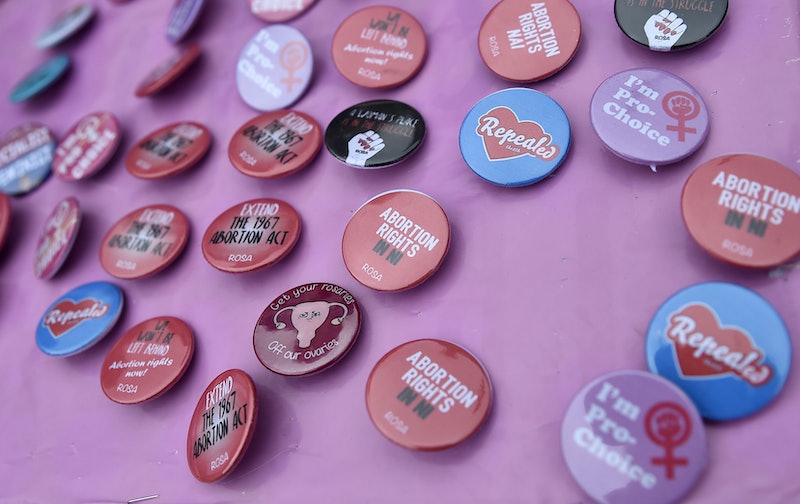 Georgia legislators are on track to severely limit abortion access in their state, as they push forward a so-called "heartbeat bill," which would ban the procedure after fetal cardiac activity is detected. In response, the Writers Guild warned Georgia lawmakers that the abortion bill might lead some production companies to cease operations in the state, which they say could negatively impact local residents.

"This law would make Georgia an inhospitable place for those in the film and television industry to work, including our members," the Writers Guild of America West (WGAW) and Writers Guild of America East (WGAE) said in a joint statement. "If the Georgia Legislature and Governor Kemp make HB 481 law, it is entirely possible that many of those in our industry will either want to leave the state or decide not to bring productions there."

The Writers Guild of America, for reference, is formed by two labor unions that represent writers who work, per their website, "for television shows, movies, news programs, documentaries, animation, and internet, and mobile phones." The Atlanta Journal-Constitution reports that a set of 2008 tax cuts have made the state particularly friendly to hosting movie production companies. The state is now, per The Journal-Constitution, just behind New York and California when it comes to film and television production.

"The cost would be most deeply felt by the residents of Georgia — including those who directly work in the film and television industry, and those who benefit from the many millions of dollars it pours into the local economy," the Writers Guild wrote in its statement.

Georgia is one of four states to either pass or push forward a "heartbeat bill" in the last several weeks. However, it's important to note that doctors don't entirely agree about whether or not the cardiac activity that can be detected in the early stages of pregnancy should even be referred to as a "heartbeat." Largely, this is because the organ making the sound hardly resembles a human heart.

Georgia's version of a "heartbeat bill" recently passed in the state's Senate, and is on its way back to the House, according to a separate report by the Journal-Constitution.

“I applaud the members who supported the heartbeat bill’s passage for protecting the vulnerable and giving a voice to those who cannot yet speak for themselves,” Gov. Kemp said of the bill after it moved forward, per The Journal-Constitution. He is expected to sign the bill into law if it makes it to his desk, according to the newspaper.

Former Georgia gubernatorial candidate Stacey Abrams also weighed in on the bill's potential impact on the state's entertainment industry. "Georgia is the only international film hub threatening to limit a woman’s access to care," Abrams tweeted. "This hasn’t been an issue before because LA, NYC, Vancouver & Toronto know better. Trust women & their doctors. And tread carefully."

Abrams also shared an op-ed written by actress and activist Alyssa Milano, who called on Hollywood to take a stand against Georgia's abortion bill.

Whether production companies will actually pull out of the state if the bill becomes law wasn't immediately clear. But if they do, the guild said, the impact could be real. "Such is the potential cost of a blatant attack on every woman's right to control her own body," it wrote.