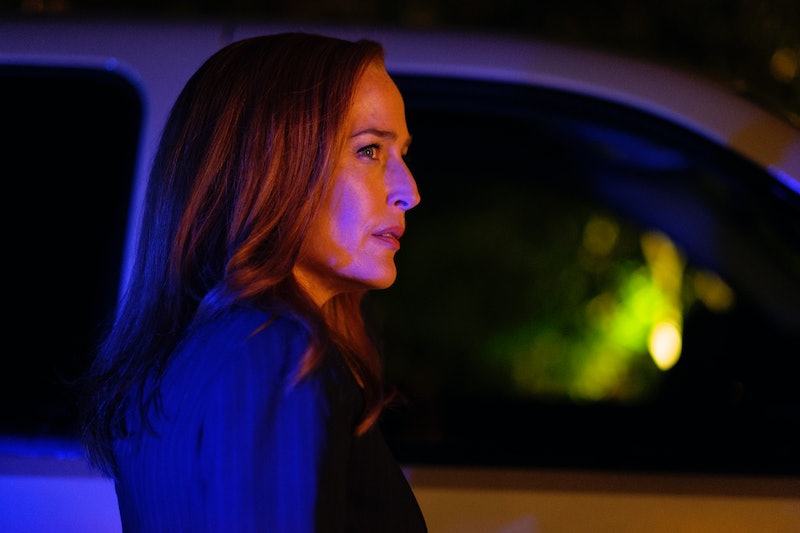 How freaky would it be if you met a real-life, living copy of yourself? The X-Files episode "Plus One" has some fun with long-running urban legends, presenting a "Monster of the Week" case involving lethal doppelgängers. But where does the idea of doppelgängers come from, and might yours be out there? Spoilers ahead!

In The X-Files (costume designer: Katrina McCarthy), Agents Scully and Mulder investigate a series of deaths that all appear on the surface to be either suicides or accidents. But there is a common detail among them all. While the victims didn’t know one another, they all claimed to have seen someone who looked just like them in the days or moments leading up to their deaths. In the end of the episode, the true nature of the doppels is left ambiguous, the deaths themselves still an unsolved X-file.

While certainly fascinating fiction, the idea of doppelgängers existing in the real world is a long-established theory. In German, the word literally means "double-goer," and was coined in 1796 by the writer Johann Paul Richter according to Merriam-Webster. Per the reference, the modern definition has come to mean “double,” “alter-ego,” and “a ghostly counterpart of a living person.” But originally, the term described an old legend in German folklore: that every living thing has a spirit double of itself that is usually invisible.

The Sun notes that famous people throughout history have reported instances of seeing a copy of themselves. This almost always seems to be taken as a bad omen. The publication cites the book Washington in Lincoln's Time for claiming that Abraham Lincoln said that he once saw a pale copy of himself standing beside him in a mirror. His wife thought it meant he would die soon. He, of course, was assassinated while in office. Russian Empress Catherine The Great reportedly said that she'd spotted a doppelgänger sitting on her throne shortly before her own death.

Doppelgängers have been a mainstay in popular media for some time. The Double, Vertigo, Enemy, and The Prestige all have plots revolving around the concept. And the idea of identical doubles takes on new meaning in the age of social media. Alissa Wilkinson told the BBC about her theory on why doppelgängers are still frightening to modern audiences. She said:

“I think that’s at the root of our doppelgänger obsession and fear in this modern age. We’re afraid we’re not enough and so we’re creating our own doubles in our Facebook profiles. Those whom we wish would love us might prefer us if we were better, prettier, sexier, more likable. I call it the idea of our better double… Ask yourself this: is my Facebook self really me?”

Of course, there are some scientific explanations for why someone might believe they've seen a double of themselves. In the episode, Scully claims that a vision like that could be a symptom of schizophrenia and that the outbreak by a number of people experiencing the phenomenon could be considered mass hysteria.

While Episode 3 is clearly a standalone episode, relatively separate from the show's mythology, it still ties to the broader themes of The X-Files. Doppelgängers make people come face to face with themselves. They make them think about who they are, what they’re doing, and where they are going in life. While none of the doppelgängers in the episode spoke, simply encountering them made their "victims" question everything.

That certainly seems to be the case with Scully. After her encounter, she and Mulder speak about their getting older and being alone. Her encounter with her doppelgänger makes Scully think deeply again about what she wants out of life and maybe, it isn’t continuing her work on the X-Files. Perhaps the doppelgängers the agents investigate can help to begin to prepare fans for Gillian Anderson's upcoming departure from the series.