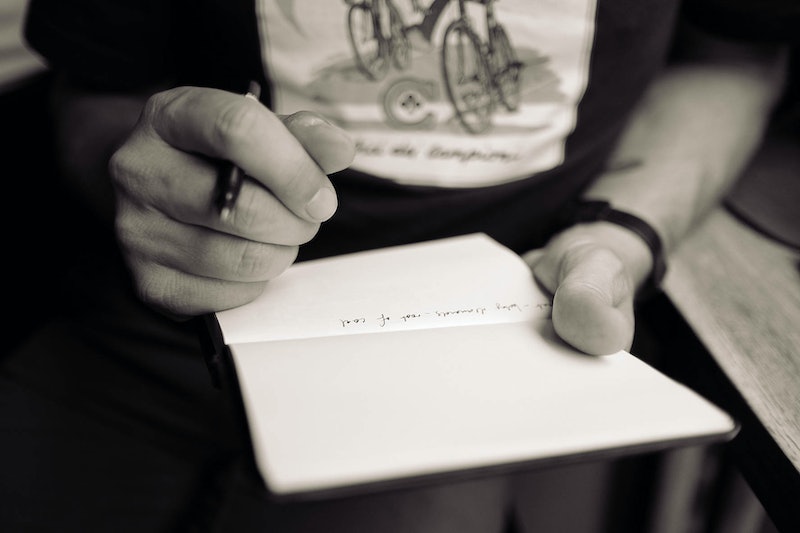 Author Marc Laidlaw has discovered the key to writing an exciting book opening. No more writer's block; it turns out all you have to do is use "And then the murders began" as your second sentence. This ingenious system has become a viral social media game, with users adapting the second lines of all their favorite novels — and even Neil Gaiman giving it his seal of approval. And you know what? Marc Laidlaw was right. It really does make the opening ten times better.

Marc Laidlaw is a science fiction writer who's written a number of novels and short stories — although to my knowledge, none of them contain his now-famous second sentence. He never imagined his joke would go so viral, writing on his website that he was only "expecting two or three of [his] friends to laugh" — it just so happened that "Neil Gaiman was one of the two or three."

Once Gaiman got in on the action, naming it #LaidlawsRule and tweeting it out to his two and a half million followers, the whole thing took off — and a week later, I'm still trying it out on the first page of every book I open. Here are some of the most hilarious results.

It even works for The Good Book itself...