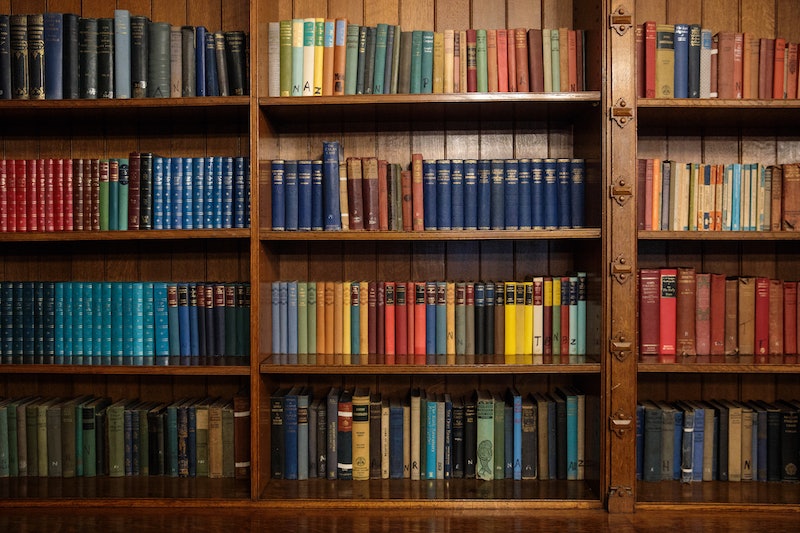 When the #WeNeedDiverseBooks campaign was launched in 2014, its goal was to advocate for and help facilitate the creation of more children's and young adult books about and by people from marginalized backgrounds, including people of color, people with disabilities, and LGBTQ individuals. Though there has been measurable progress in four years since its founding, a recent study shows there is still a major diversity gap in children's and YA publishing.

The industry may be talking a lot about the need for more diversity in book world, but it seems like few publishers are putting their money where their mouth is, at least when it comes to paying diverse creators. According to the annual diversity statistics published by Cooperative Children's Book Center, 2017 saw another increase in the number of books about people of color published. In fact, the amount of diverse titles jumped from 28% in 2016 to 31% in 2017, making last year the highest on record since 1994. Several authors of color also took home major literary prizes, including Erin Entrada's Newbery Medal for Hello, Universe, Jason Reynold's Newbery Honor for Long Way Down, and Angie Thomas's Printz Honor for The Hate U Give, among others.

Yet despite the fact that the number of diverse books has continued to increase, the number of people of color creating them has not. In 2017, just 7% of new children's books published were written by Black, Latinx, and Native authors combined, up only 1% from 2016. That means that the majority of books, including diverse books, are being written by white authors, a startling fact that hasn't changed much since Lee & Low Books first reported on it in 2015.

Out of the approximately 3,700 children's books the CCBC looked at, 340 were about African/African Americans, but only 122 (roughly 29%) were #OwnVoice titles by a Black author or illustrator. Similarly, only 39% of books about Asian Pacific/Asian Pacific Americans were created by Asian Pacific authors or illustrators, while 53% of books with Native content were written or illustrated by a Native person. In the Latinx #ownvoices category, the statistics are actually getting worse. In 2016, 61% of books about Latinx characters were by Latinx creators, compared to just 24% in 2017.

For the first time, the CCBC also expanded their diversity statistics to include book about LBGTQ+ subjects and characters in their 2017 survey, but the results were similarly disappointing. Of the 3,700 books the CCBC received, only 134 (3.62%) had significant LGBTQ+ content. Of those, only 21 were written by an author who actually identifies as LGBTQ+.

When it comes to the kinds of LGBTQ+ stories being published, there are still some serious blind spots. While 61 of the 134 titles featured a primary LGBTQ+ primary character, only 25 included an LGBTQ+ family. The statistics also revealed that there is still a severe lack of narratives about transgender, questioning, nonbinary, and asexual individuals. In fact, there was only one title with an asexual character, two with a transgender character, and eight with non-binary characters.

It seems like the number of diverse stories continue to, slowly, increase, but there is still an obvious lack of inclusive stories in children's publishing that must be addressed. As Lee & Low point out, there are several questions the book world needs to ask itself, like why diverse authors and illustrators are so grossly underrepresented, and why we continue to chose white creators over #ownvoices books. The fact that the number of diverse books are growing may be a truly positive development, but that doesn't mean there isn't still work to be done, for the sake of both diverse writers and their increasingly diverse readers.

More like this
'Firefly Lane' Season 2 Will Be The Show's Last — But There's A Twist
By K.W. Colyard and Grace Wehniainen
For Mur Lafferty, Genre Is Everything
By K.W. Colyard
The Most Anticipated Books Of October 2022
By K.W. Colyard
10 New Must-Read Books Out This Week
By K.W. Colyard
Get Even More From Bustle — Sign Up For The Newsletter