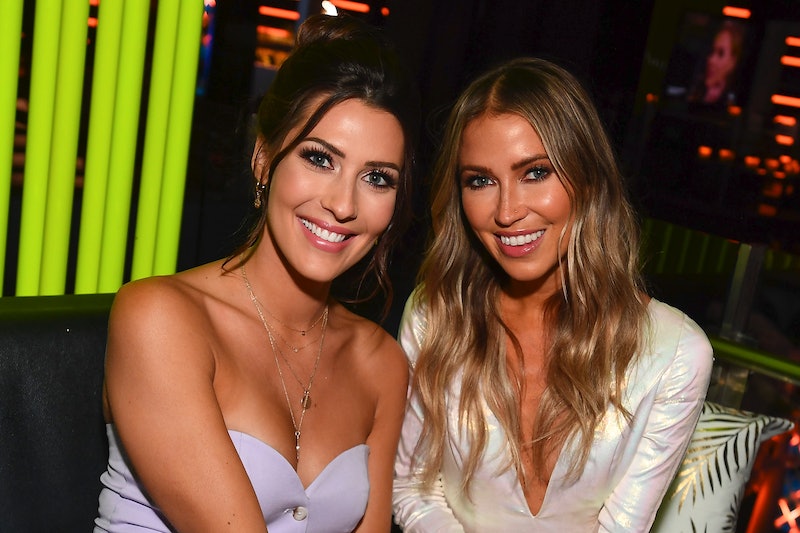 Wouldn't it be so great if all Bachelorettes had something to help them navigate the unique process to find the love of their life? Apparently, they actually do. A Bachelorette Bible really does exist, according to Rachel Lindsay and Becca Kufrin. And yes, it will be passed down to new Bachelorette Clare Crawley right before she starts shooting her season.

While the girls didn't divulge exactly what was written in this mysterious guidebook, Becca did say that it was very helpful for her throughout the process. "They have some great things written in here,” she said. "I think we need to add our own and write some more stuff in. This was so good to carry on and pass down."

To keep the new tradition alive, Becca and Rachel confirmed that the Bible would be passed on to Clare, but they somehow passed over Hannah Brown, the most recent Bachelorette. “I don’t know why we didn’t give it to [her],” Becca said, before Rachel joked, "I blame you because you had it and you didn’t give it to Hannah." Becca then shifted the blame to her mother "because it was in her basement for the past two years." Can't argue with that logic.

If they want to make sure not to forget yet another Bachelorette, Becca needs to pass it on soon. Production on Clare's Bachelorette season was shut down for three months due to the coronavirus pandemic, but the show is gearing up to finally start filming. Variety reported that Season 16 will soon go back into production and be shot in one quarantined location in Southern California, with both the cast and crew living on site. Strict protocols are expected, including pre-show quarantines and regular temperature checks and COVID-19 testing for everyone.

No exact date has been set yet, but discussions are reportedly ongoing, and the network is said to want to start production right when they get the green light. So it may be best for Clare to start studying now.

More like this
'Bachelorette' Vet Clare Crawley Revealed Her Stunning Wedding Photos
By Stephanie Topacio Long
'Bachelorette' Vet Clare Crawley Unveiled 2 Special Wedding Day Accessories
By Stephanie Topacio Long
Hannah Ann Got Engaged 3 Years After 'The Bachelor' & The Proposal Was Dreamy
By Grace Wehniainen
Genevie Explained Why She Was Wearing A Sling During 'The Bachelor'
By Grace Wehniainen
Get Even More From Bustle — Sign Up For The Newsletter
From hair trends to relationship advice, our daily newsletter has everything you need to sound like a person who’s on TikTok, even if you aren’t.