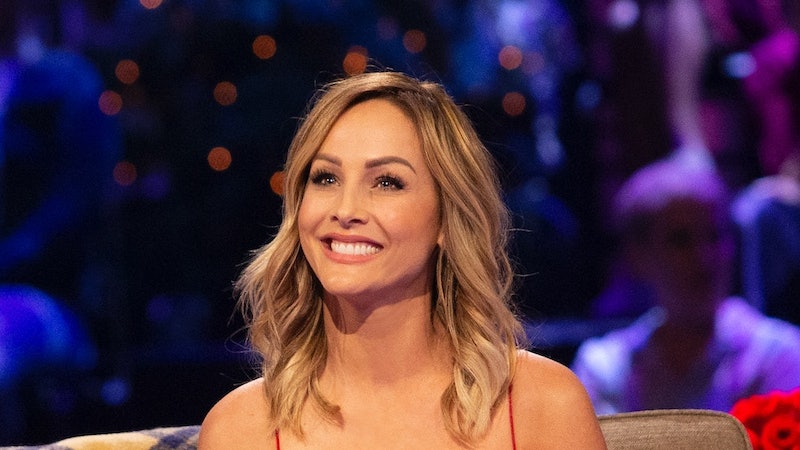 The search for love doesn't stop in quarantine: Rob Mills, vice president of alternative programming at ABC, just offered some insights into how Clare Crowley’s season of Bachelorette will film amid COVID-19. Set to begin production in about a month, the upcoming Season 16 of the ABC reality dating show will look slightly different from previous seasons due to travel restrictions and whatnot. More so, Clare’s quest for love won’t be filmed at the famed Bachelor Mansion, but instead at a resort — one where various health precautions will be implemented to ensure a safe set for all involved.

“Everybody is going to be at one location,” Mills said in an interview with On Air With Ryan Seacrest on June 17. “Everybody is going to be tested a week before, everybody comes back negative, we shoot, and they’re inside that bubble.” Mills said of the location change, “They’ll be at some sort of resort and we’ve scouted several of them, and all of them have been scouted for good date locations.” While a trip to Italy had initially been planned, Mills promised there would be “plenty of different date locations that will feel hopefully as close to The Bachelorette as possible.”

As for Matt James’ historic Bachelor season, Mills said production hopes to begin towards the end of September. “We’ll see where the world is,” he told host Ryan Seacrest. “Hopefully that’s when we would be at the Bachelor Mansion.” If things aren’t safe by then, Mills said Matt’s season would follow the same procedures as Clare’s.

Mills’ interview comes after ABC released its fall schedule on Wednesday, confirming that Clare’s Bachelorette will air on the 8 p.m. time slot on Tuesdays. Initially set to debut in May, the season had been postponed in light of the global pandemic. The scripted fall lineup comes a week after Hollywood issued guidelines on how to resume production. Karey Burke, president of ABC Entertainment, told Variety on Wednesday, “We wanted to honor the current environment and be thoughtful, which is why we waited until this moment when we have more confidence in our ability to return scripted programming in the fall.” Burke added, “We approached our scheduling process from an optimistic point of view… We really felt like we could return the whole schedule intact.”

While there had been much speculation that Clare’s season might be canceled, Bachelor host Chris Harrison confirmed the new season was still a go on Instagram on June 15. “Clare’s love story is next,” he reassured. Phew. Let’s just hope the cast and crew remain healthy.