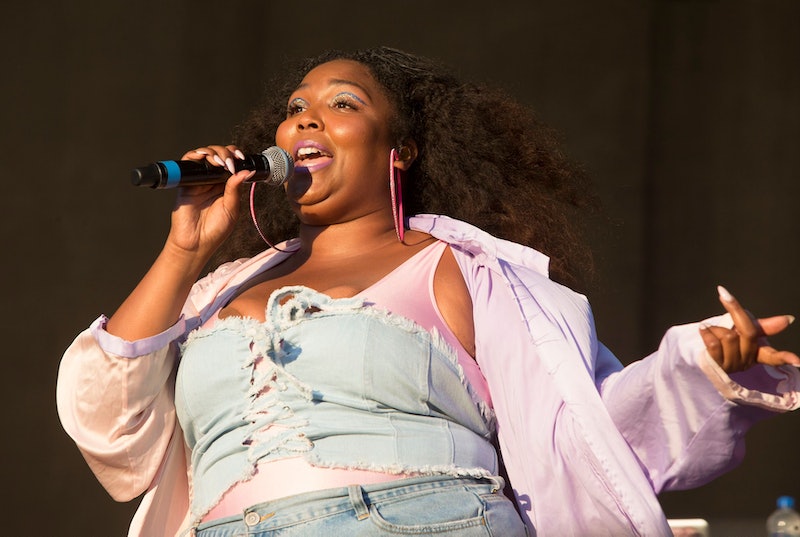 OK, so if you didn't already know, singer Lizzo is having a major moment. She released her brand new single "Juice" on January 4 and it has taken the world by storm. But if you're not familiar with Lizzo's work, fear not. I'm here to give you a crash course on this emerging star, with the 5 top Lizzo songs that will make your 2019.

Lizzo (born Melissa Jefferson) is an alt hip-hop singer and rapper from Houston, Texas, and she's here to save music. In 2011, she moved to Minnesota, where she became part of various musical groups including female three-piece rap group The Chalice. Now the singer is killing it with her solo career, and winning attention from world-famous artists such as Missy Elliot and Chris Martin. Elliot tweeted that Lizzo was "so talented" and "a good spirited person", while Martin included the the Minnesota local in a Twitter roundup of his favourite songs.

Not only can the singer take us to church with her pipes, she's also a huge advocate of self love and body positivity — yas queen. In an interview with the New York Times, Lizzo said "I made a commitment to feel good music ... I had to show my belly a lot of attention, a lot of love." Her back-up dancers, The Big Grrrls, are an all-female plus-size dance troupe and, when speaking to Vogue about them, Lizzo said:

“I want another artist to see the big girls onstage doing the splits and entertaining the crowd at size 16, 18 and I want that artist to say ‘Who cares about their size? They’re great dancers.’ I want Beyoncé to see my dancers and say ‘Come with me!’”

The artist currently has two albums under her belt, Lizzobangers and Big Grrl Small World, and an EP called Coconut Oil, all of which explore themes of race, sexuality, and body positivity. Going by a recent interview with the Guardian, it seems Lizzo's new album is set to drop sometime very soon, and it's sure to be filled with even more bangers. But, until then, we can enjoy these 5 epic tunes: