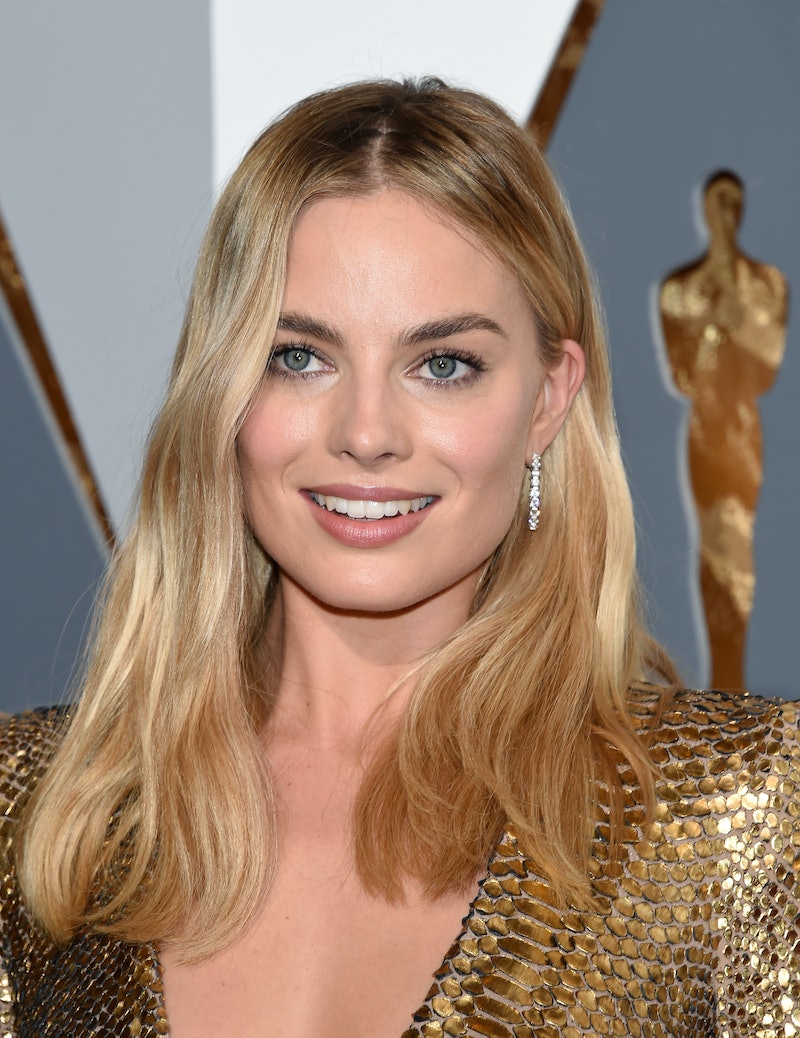 Perhaps you're the kind of person who has a lucky pair of socks, or a jacket, or a dress that you always wear for milestone events, just to have a bit of good fortune on your side. Turns out, the same goes for major red carpet events: There is such a thing as a lucky Oscar gown color, and the luckiest of them all may not surprise you.

Just as you might believe that wearing polka dots will bring you good fortune, or wearing that one pair of pantyhose will help make all your dreams and ambitions come true, actors have a similar superstition when it comes to their Academy Awards frocks. After all, when it comes to fighting for the highest distinction in your field, why not use all the tools that are available to you. What can it hurt?

There are some notably lucky wardrobe moves that a few famous actors have sworn by. Audrey Hepburn attributed her first Oscar win to the help of her set dress. According to Elle, Hepburn had asked to adapt her Roman Holiday costume into her Oscar dress, where the gown got a plunging back and spaghetti straps as an elegant update. After she won the award, she dubbed it her "lucky dress" and went on to wear it again.

While these anecdotes are certainly entertaining, one has to wonder if there are more general superstitions when it comes to Oscar dresses. There are, and it turns out its all about color.

According to the Hollywood Reporter, the five dominant colors that actresses have worn down the red carpet in the last 10 years are blue, white, black, red and silver. Out of those five, it seems that white brought a significant amount of luck. "By sheer number, the good luck charm color is white, with five winners, exactly a quarter over the past decade," Hollywood Reporter explained.

But before you try to telepathically tell your favorite actresses to wear white this season, the answer changes a little when you play with the statistics and take into account that more nominees who didn't win were also wearing white. If you want the color that brings more wins than it does losses, than gold is your answer.

"Percentage-wise, gold is the winner: A whopping 50 percent of nominees wearing gold took home the gold later that night, quite impressive when you consider that only 20 percent of acting nominees win an Oscar," Hollywood Reporter offered. Keeping that in mind, white still comes in as a strong runner-up at 36 percent.

So if you ever find yourself nominated for an Academy Award, remember: Wear gold to get the gold.