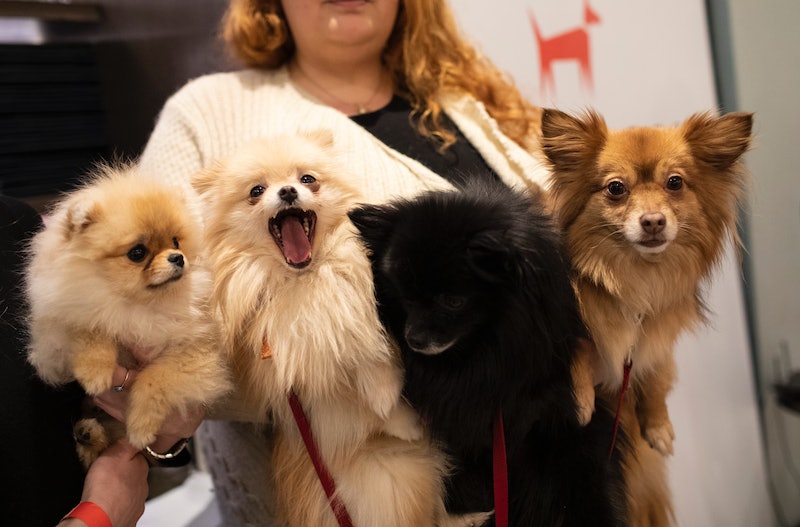 It's no secret that Brits love their pets. And now a new study is here to prove it. Research published by the Express reveals which UK cities pamper their pets the most, and it's so insightful! From pugs in Portsmouth, to sphynx cats in Suffolk, us Brits love our animals just about as much as we love to pointlessly queue. Over 70 cities and towns in the UK were surveyed to see which areas are spoiling their pets the most.

The new study from the Express categories the ways in which people in the UK are showing their pets some real TLC. The survey calculates the number of pet-friendly services and facilities each city has to offer per capita. Those services include pet shops, dog groomers, vets, parks, dog walkers, and kennels, revealing a total number of pet-friendly facilities. The Express reports that the average pet owner in the UK spends £1,150 on their animal pal, but how does that compare city by city, and town by town? Which areas are treating their pets like literal royalty and which aren't as bothered about spoiling their furry friends?

Not too surprisingly, the capital city came in last, ranking 77th. This might be because there's so many people in London, with a population of over 8 million, according to Time Out. That would be a hell of a lot of pet shops and vets to squeeze in per capita, wouldn't it? (And then where would all the IPA hipster breweries go?) Some other large cities ranked low including Leeds at 72, Sheffield placing at 69, Bradford coming in at 74, and Manchester taking 53th place.

Also ranking pretty low on the pet-pampering scale was Doncaster, coming in second from last. There are only 0.97 kennels per capita in this town in the north of England. And the Brummies came in at 76th place, with 0.79 pet shops per person. Glasgow, York, Worrington, Nottingham, and Stockport all came somewhere in at the middle of the pack.

From the looks of the Express' survey, seaside regions are popular places for pets grooming, with four out of the top 10 towns being coastal.

Clearly the UK really takes caring for pets seriously — and it's super interesting to see which of our towns and cities are really about that pet life. But no matter where your area ranks, whether its reigning champs Blackpool or not-so-well equipped London, it's obvious that the adoration us Brits have for our beloved pets is felt nationwide.

More like this
Buckingham Palace Shuts Down Rumour About King Charles III's Coronation
By Sophie McEvoy and Sam Ramsden
Holly Willoughby & Phillip Schofield #Queuegate Drama, Explained
By Sophie McEvoy
New Coins Unveiled As King Charles III's Reign Gets Underway
By Sam Ramsden
The Queen’s Cause Of Death May Not Be Formally Announced
By Shahed Ezaydi and Catharina Cheung
Get The Very Best Of Bustle/UK

This article was originally published on March 26, 2019