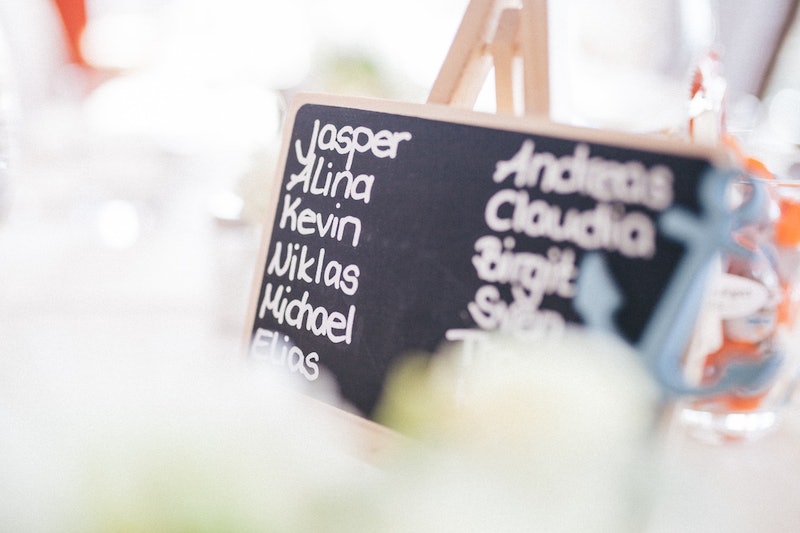 What's popular in baby names seem to change every few years, but some oddly specific baby name trends from the past 10 years have stood the test of time. While some naming trends come and go, myriad old-timey names have once again become popular for children — proving that classic names never go out of style. Names that were all the rage in my grandmother's day — Stella, Lillian, Henry, and Jack — are back in a big way.

When I was growing up everyone seemed to be named Carrie or Sarah, and while I didn't know anyone with the aforementioned classic names outside of my grandmother's circle, my friends and family are now choosing these names almost exclusively.

To determine what names are trending, statistical website FiveThirtyEight tracks the popularity of baby names, and even provides a method for determining the age of a person based on their name using the Social Security Administration's name database and its actuarial tables, which applies mathematical and statistical methods to the formula.

Some names you can clearly place in time just by hearing them. For example: "Imagine Madison, Sydney, Alexa and Hailey," FiveThirtyEight explained. "They sound like the starting midfield on a fourth-grade girls’ soccer team. And they might as well be: the median American females with these names are between 9 and 12 years old."

Additionally, Hello Giggles reported that names that start with an “Ad” or end in a “lee” are amongst the most popular baby names today, according to the blog Nameberry. "So bumping into a ton of kids named Kinsley, Bentley or even Addelyn are more likely to happen in 2017 than it would in the 1950s."

But, will these names stand the test of time?

The Longevity of Classic Names

Just like names that instantly conjure up images of young people, other names immediately make you think of people in their golden years.

"Picture Mildred, Agnes, Ethel, and Blanche. Perhaps you imagine the Golden Girls or your grandmother’s poker game," FiveThirtyEight noted. "These are names for women of age, wisdom, and distinction. The median living Mildred in the United States is now 78 years old."

While Mildred isn't sweeping the nation, some other old-style names are making a big comeback. Three baby names have endured the test of time, and prove to be some of the most popular names in history.

When you hear the name Violet you might think of your grandmother, or your best friend's daughter. According to FiveThirtyEight the median age for women named Violet is 47 years old. But, this is where the math comes in. A quarter of Violets are older than 78, while another quarter are younger than 4. Only about 4 percent of Violets are within five years of 47. Violet is the 55th most popular girls' name in 2017, and has been around since the SSA began tracking names in the late 1800s. While this name fell out of favor for a period, its proven to be one of those names that isn't simple a sparkle and fade phenomenon.

The two most enduring boys' names, according to FiveThirtyEight, are Leo (as in DiCaprio) and Jack (the character DiCaprio played in Titanic.) However, DiCaprio does not get the credit for making either of these names popular, though he might be the reason they began to resurface. Males named Leo tend to range in age from their pre-teens to late their late 60s. Leo is the 47th most popular name for boys in 2017. Males named Jack are between the ages of 10 and their mid 60s, and Jack is the 20th most popular boys' name in 2017.

These are the female names that include both the oldest and youngest living people today. Click on each name to see popularity for years between 1880 and 2017 on the website Baby Center.

These are the male names that include both the oldest and youngest living people today. Click on each name to see popularity for years between 1880 and 2017 on the website Baby Center.

While names come and go, these names have stuck around for better or worse. They might not be the number one names today, but they will never fall out of fashion and tend hover near the top of the baby-naming charts year after year.

If you want to learn more, check out charts and graphs for other data such as "deadest names," and "youngest names" on FiveThirtyEight. If picking an edgy, popular name instead of a tried-and-true classic for your baby is your jam, check out this guide of the hottest baby names today.