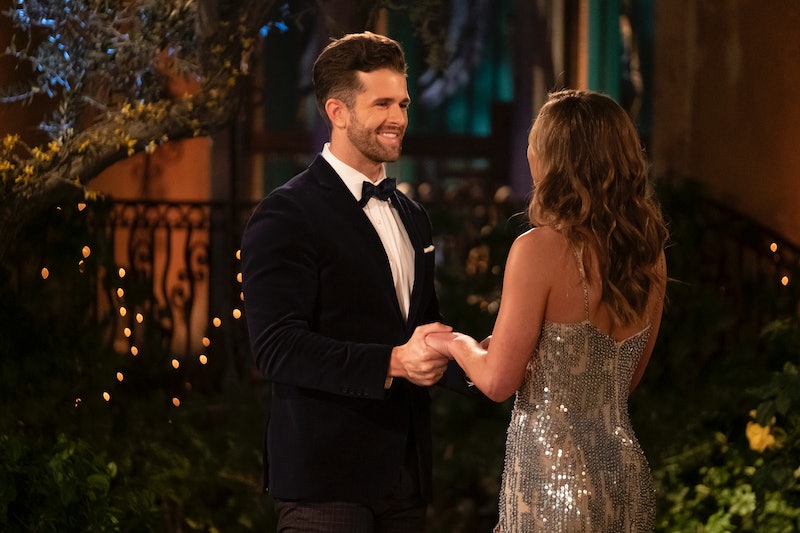 There's been quite a bit of controversy surround Hannah B.'s season of The Bachelorette, though shockingly, not all of it has to do with Luke P. Frontrunner Jed has also received his fair of online hate, mostly because of rumors that he already had a girlfriend going into The Bachelorette — the very definition of being "there for the wrong reasons." And, as hometown dates begin, Bachelor alums have tweeted about Jed and the accusations that are currently tied to him, proving that while this guy may have wormed his way to Hannah's heart, he's now become very unpopular within the franchise.

On June 18, a report was published by People alleging that Jed had a girlfriend when he went on The Bachelorette in aspiring singer Haley Stevens. Bustle reached out to Jed for comment, but has not yet heard back. However, Jed did address his Bachelorette controversy on Instagram, writing:

In People's report, Stevens claimed that she and Jed had met back in October and proceeded to date for several months before he headed to Los Angeles to join The Bachelorette. "We spent the night together the night before he headed to L.A.," she claimed in her interview with People. "He told me [the show] was just an obstacle and we'd be stronger on the other side because of it."

In the weeks since the report, Bachelor Nation has been watching Jed and Hannah fall deeper in love every episode, and some Bach alums are particularly upset by the awkward viewing. In fact, Bachelor alums have had no problem making their feelings known on the matter and have taken to Twitter on numerous occasions to call Jed out.

"Luke P sounds like a lunatic. Jed is a cheater, has a girlfriend and is an outfit repeater," Amanda tweeted this week on July 1. "Tyler C is hot. We all love Tyler C. Got it." It may be a brief recap of her thoughts, but at least fans know for sure where she stands.

"I can’t take this seriously. Jed wtf are you doing? I WOULD NEVER TELL A LIE! Dis too much," Tia tweeted on June 24, indicating how difficult it was for her to watch Jed interact with Hannah on the show after the accusations against him came out.

Meanwhile, Diggy's jab at Jed is more focused on the fact that he busts out his guitar as often as he can on the show — even when no one has asked him to.

"Hope she doesn't pick this [clown emoji]," Tanner tweeted on June 27, sharing an article detailing the claims that Jed had cheated on his supposed girlfriend right before The Bachelorette.

In light of the reports, Ben was particularly interested in seeing how Hannah's "Men Tell All" will play out in the coming weeks.

Meanwhile, Wells was able to take a shot at both the allegations and Jed's music career all in one tweet.

Nick has a lot of thoughts about Jed and hasn't held back when it comes to expressing them on social media. You can check out his Twitter feed for a full account of everything he's said, but in case you can't — these tweets lay out his position pretty clearly. Let's just say, he probably won't be buying any of Jed's music in the near future.

Jed may still have supportive fans out there, but odds are they don't include many Bachelor alums.