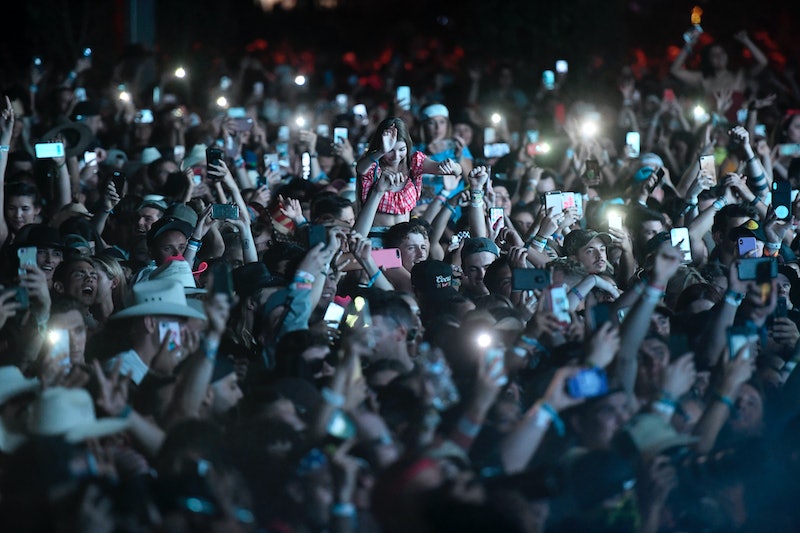 Although The Bachelor and The Bachelorette don't always bring love for everyone involved, they foster tons of friendship. Many of them travel to Stagecoach together, and others meet up once they arrived.

This year, much of the Season 6 BiP cast attended and they all shared photos in their country best to prove it. So if you hear some of your faves talking about each other like they're all old friends despite never having graced your television screen together before — Stagecoach is the answer.

"Stagecoach has always been my go-to getaway with girlfriends," Lauren Bushnell, who appeared on The Bachelor Season 20, told E! News. "The weather is great and there are always so many good artists. Everyone is there to have fun and it's not necessarily all about the fashion or the pre-festival parties. It's about the venue and the music and friends."

Unfortunately, Bushnell didn't attend the 2019 festival in order to attend her sister's wedding. But plenty of her fellow alums did, including Becca Tilley.

Tilley has attended the festival for a few years now, so she has a good sense of what it's like. "It's always so fun to see everyone — even if it's people from different seasons," she said. "Everyone has this automatic connection from being on the show and it's a fun environment to see everyone."

Stanton, who was a contestant on Season 20 of The Bachelor as well as Seasons 3 and 4 of BiP, said she'll always remember that weekend. "Everything about that trip was memorable," she said. "It was around the time Lauren B and I were fresh off the show so we had a blast meeting everyone." She attended the 2019 festival with the Season 10 Bachelorette Andi Dorfman and Corinne Olympios of The Bachelor Season 21, among others.

Both Caelynn Miller-Keyes and Dean Ulgert, who allegedly fell in love during the filming of BiP Season 6 and are currently dating according to E! News, attended the event this year. However, they didn't share any photos of them together. Caelynn made it to the final four of Colton Underwood's season of The Bachelor, and Dean appeared on Rachel Lindsay's season of The Bachelorette.

Dean was snapped hanging out with Ashley Iaconetti, Nick Viall, and Jared Haibon. Three out of the four wore bandanas around their necks.

Bachelor 23 Colton Underwood and his final rose recipient Cassie Randolph hit the ranch with their friends. He also met up with Blake Horstmann from Becca Kufrin's season of The Bachelorette, who will be on Season 6 of Paradise.

A lot of Colton's ex-girlfriends attended, too, which sounds awkward, but it probably wasn't. Tayshia Adams, who made it to the ex-NFL player's final four, landed at the venue via helicopter with some of her fellow Season 23 contestants, including Demi Burnett and Kirpa Sudick who all traveled to Mexico to film Season 6 of Paradise.

Their fellow Season 23 gal Heather Martin also joined and she met up with Katie Morton, who will try her chance at finding love in Mexico, too.

The group was also joined by Catherine Agro and Alex Blumberg, two girls who were eliminated early on from Colton's season. Tayshia and Kirpa are quite vocal about their close friendship with Nicole Lopez-Alvar, whom they met in the Bachelor mansion, but according to Alvar's socials (on which she is very active), she wasn't able to make it to the desert to join her besties.

She did meet them both in Paradise though, where they all traded their bandanas and beers for bikinis and margaritas. And hopefully, between the ocean dips and drama, they found love along the way.