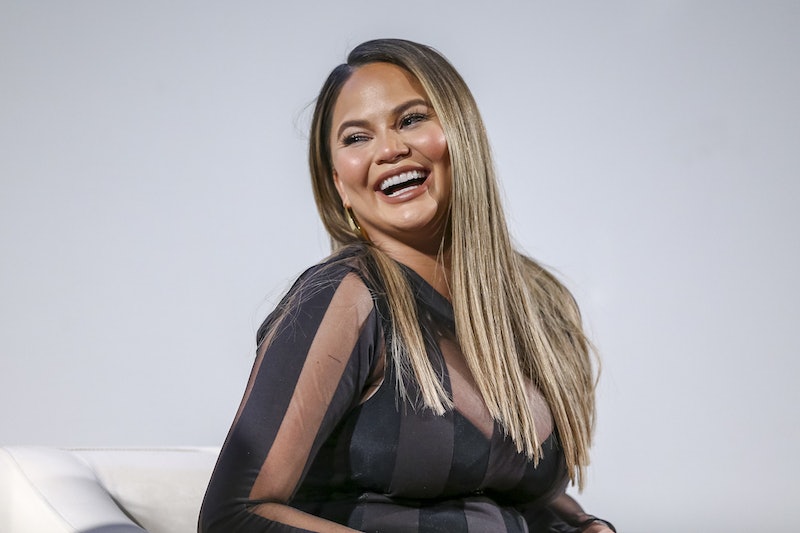 The model and author who is known in part for her candid social media presence published another bold stream of tweets late Tuesday night to express her exasperation with President Donald Trump. Calling his presidency a "hell hole" and asking people to vote for his opponent in 2020, Chrissy Teigen's latest tweets about Trump show that she really wants him out of office.

"I've said 'this is gonna be IT for him!!!' so many times in trump’s presidency that I just can't do it anymore," Teigen tweeted on Tuesday, "even pee tape will be another notch in the hell hole that is his term. let's just f*cking vote this monster out."

Teigen often criticizes and pokes fun at Trump on social media. After she did so for several months at the beginning of his presidential tenure, she tweeted one short message in July 2017 that caused the president to finally block her: "lol no one likes you." Trump has frequently blocked his opponents on social media, although a federal judge ruled last May that he is not allowed to do so for political reasons.

Teigen went on to reference the so-called "pee tape" again on Tuesday night: "For the record he has done 800,000 things worse than the piss tape that definitely exists." A 2016 intelligence report called the Steele dossier alleged that the Russian state security agency has a video of prostitutes urinating on Trump in Moscow, though Trump denies that such an event occurred.

Teigen continued by condemning Trump's actions before he entered the White House. The president's opponents often bring up his advocacy for the Central Park Five to face the death penalty, his alleged participation in discriminatory real estate practices, and his promotion of "birtherism" to discredit President Barack Obama.

"[T]rump has been a piece of sh*t long before becoming president," Teigen tweeted later on Tuesday night. "I will never not be amazed at his journey here. it's a f*cking case study for the ages... our grandchildren will study and mock this."

Teigen also imagined Trump's reaction if he loses the election in 2020: "I can picture him losing the next election and being like 'I didn't wanna do this anyway!' like a little f*cking baby."

Lastly, Teigen brought up the time when Virginia's Shenandoah National Park was shown to be selling wine from Trump Winery in November 2017. "I remember the days when I was floooooord he could sell his wine at national parks," Teigen tweeted. "lol oh man that was nothing."

Teigen also takes pride in being blocked by Trump on Twitter: According to a Vogue profile from last year, her phone background is a screenshot of 'You are blocked from following @realdonaldtrump and viewing @realdonaldtrump's tweets.'" But according to Vogue, it also brought her anxiety to be unable to see the president's tweets, which often become a prominent topic of conversation.

She's found other ways to look at his feed, though, per Vogue — and certainly hasn't stopped using social media to blast the president.