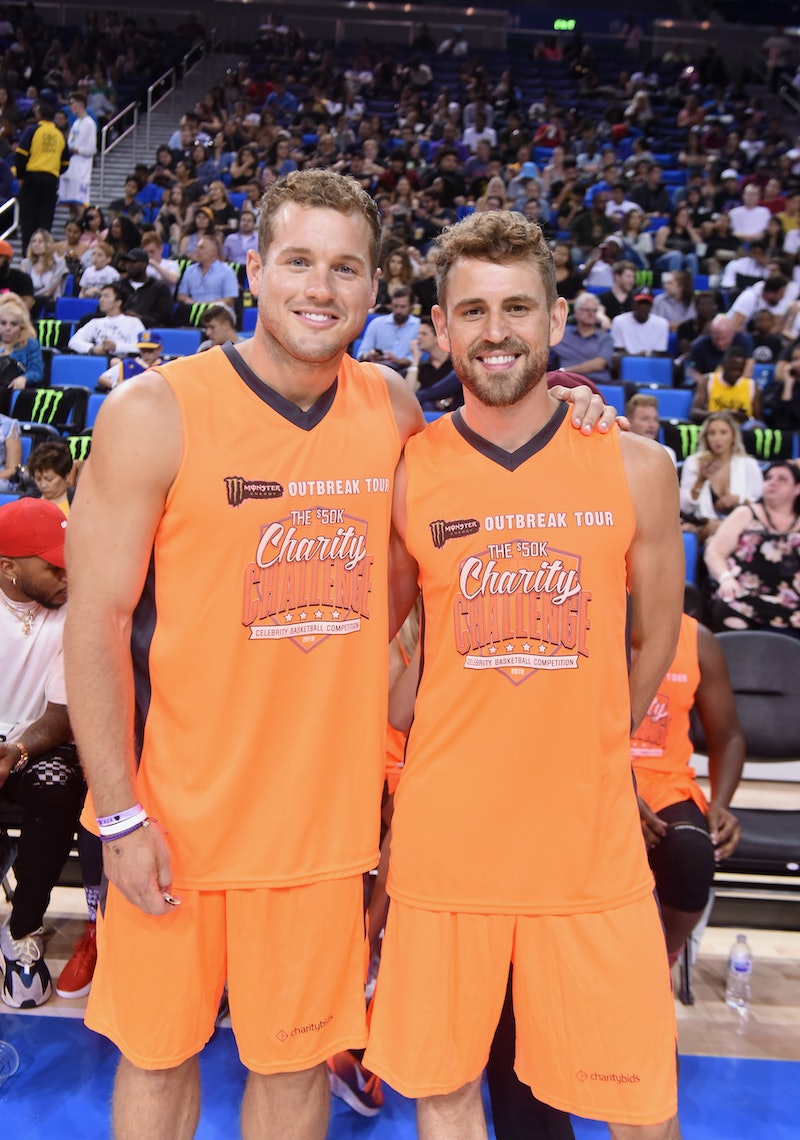 With Hometown visits now just a week away, it's time for fans to put their thinking caps on and really start trying to figure out who Colton Underwood will end up with by the end of his Bachelor season. Given all the drama surrounding the remaining women's intentions, it's possible Colton will decide to choose no one at all. But despite all the uncertainty, Good Morning America played host to several alums from the franchise and the former Bachelor stars tried to predict the winner of Colton's season who would walk away with that final rose. And their guesses may end up surprising you a bit.

Nick Viall, Tanner Tolbert, and Jason Mesnick all appeared on the ABC morning show to discuss the current season of The Bachelor and select one of the remaining women they think stands the best chance of winning over Colton's heart by the end of it all. Tanner admitted that prior to this week, he was Team Demi, but since she's now been eliminated from the show, he's started rooting for Cassie from here on out. Jason was quick to echo that sentiment, agreeing that Cassie seems like a solid guess as to who Colton will choose to be with. Nick, on the other hand, had two guesses to give out, though he didn't seem too certain about either prediction. "Cassie or Hannah, maybe," he remarked.

If you put all those guesses together, Cassie is easily the favored contestant to win, which may be surprising to some, given how close she came to being sent home this week.

During Colton's one-on-one date with Tayshia, he addressed the warnings he'd been given by Katie, Demi, and Sydney. They previously told him that some of the remaining contestants weren't here for the right reasons. Tayshia believed these women to be Caelynn and Cassie, claiming they had discussed possibly becoming the next Bachelorette and didn't want to get engaged by the end of the season. It was startling for Colton to hear and he ended up addressing those concerns with both of them throughout Monday night's episode.

Ultimately, he decided to keep both of them around for another week and into Hometown dates, but Cassie's almost-elimination came a little too close for comfort. Is it possible for her to turn things around and regain Colton's trust during the final few weeks of the show? Fans will just have to wait and see, but it seems Colton's fellow Bachelor stars think she still has a fighting chance.

Of course, this isn't the first time Nick in particular has commented on Colton's season. In fact, he recently took to Instagram to post a photo of him, Colton, and Tanner, indicating that the two of them were called in as replacements in case Colton quits the show. "Just in case Colton quits .. they brought stand Ins," he wrote in the caption, referencing the highly anticipated fence jump Colton will do at some point this season.

Obviously, the photo was done all in good fun, though it does make you wonder what exactly will happen after Colton's leap off the premises. Will he return to the show or does his escape bring the season to a crashing halt? All will be revealed in good time, but if he does make a break for it, Nick's ready and willing to fill in. After all, fourth time's a charm, right?