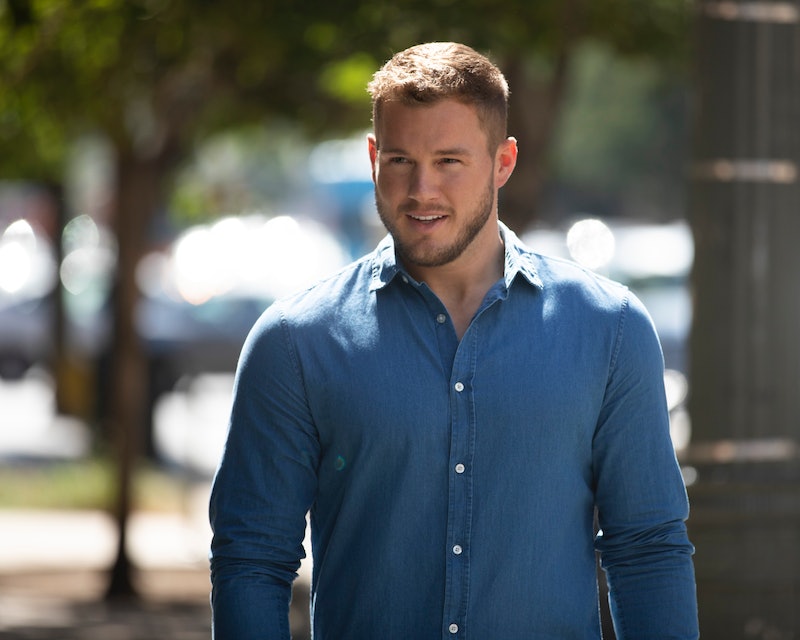 Every season of The Bachelor is teased out to be the "most dramatic season ever," but in the case of Colton Underwood's time on the show, that statement may actually end up being true. As the promos continue to tease each week, Colton will jump over a fence this season and fans are obsessed with learning as much as they can about this potentially game-changing moment. Obviously, finding out why it happens is important, but figuring out when Colton jumps over the fence on The Bachelor may prove to be just as crucial when it comes to piecing together the rest of the season.

The funny thing is that, even though Colton and the show have been throwing out red herrings as to when it all takes place, the Bachelor himself has already confirmed when this big leap is going to occur. While speaking with The Hollywood Reporter, Colton divulged that this dramatic, fence-hopping moment will go down during the Fantasy Suites, which means we still have a few weeks to go until watching it all unfold firsthand.

So if you were still thinking that white fence Colton is seen vaulting over with surprising ease is from the Bachelor mansion, think again. This epic feat of athleticism is way outside of any regular cocktail party's jurisdiction.

He explained to THR, "Fantasy Suites week was the biggest week in the whole entire journey. The jump was the most emotional and the most physical that I had to be the entire season. I will also say that fence jump is the most pivotal moment. That was a game-changer. That night changed how everything went."

But even with this knowledge in hand at the beginning of the season, a lot of people have been fooled, thinking it would take place earlier than that. Many were sure the fence hop would happen after Colton walked away from Nicole and Onyeka's argument a few weeks back. Their fight seemed to go on forever and not even his presence was enough to put it to a halt. That certainly sounds like enough of an incentive for anyone to want to get away from it all.

And yet, it ended up being a total fake out, as will any other dramatic or stressful situation that comes up prior to the Fantasy Suites. The show may want to make you think it's going to happen earlier than that — maybe even at Hometown Dates, but don't be fooled. The Fantasy Suites is likely where all our questions will be answered and this fence-hopping mystery can finally be put to rest, depending on how everything gets edited.

We may not know why Colton needs to get the heck out of dodge when he does, but it'll definitely have a lasting and major impact on how the rest of his journey to find love plays out. There's a lot of crying in the latest teaser for the remainder of the season, and while the edits are done to look misleading a lot of the time, you better believe some of those tears will eventually lead Colton to make a bee-line for that fence.

Perhaps Colton won't end up getting an engagement out of all of this, but at the very least he should consider signing up for some Summer Olympics Track and Field events. It's time to put those fence-jumping skills to good use!