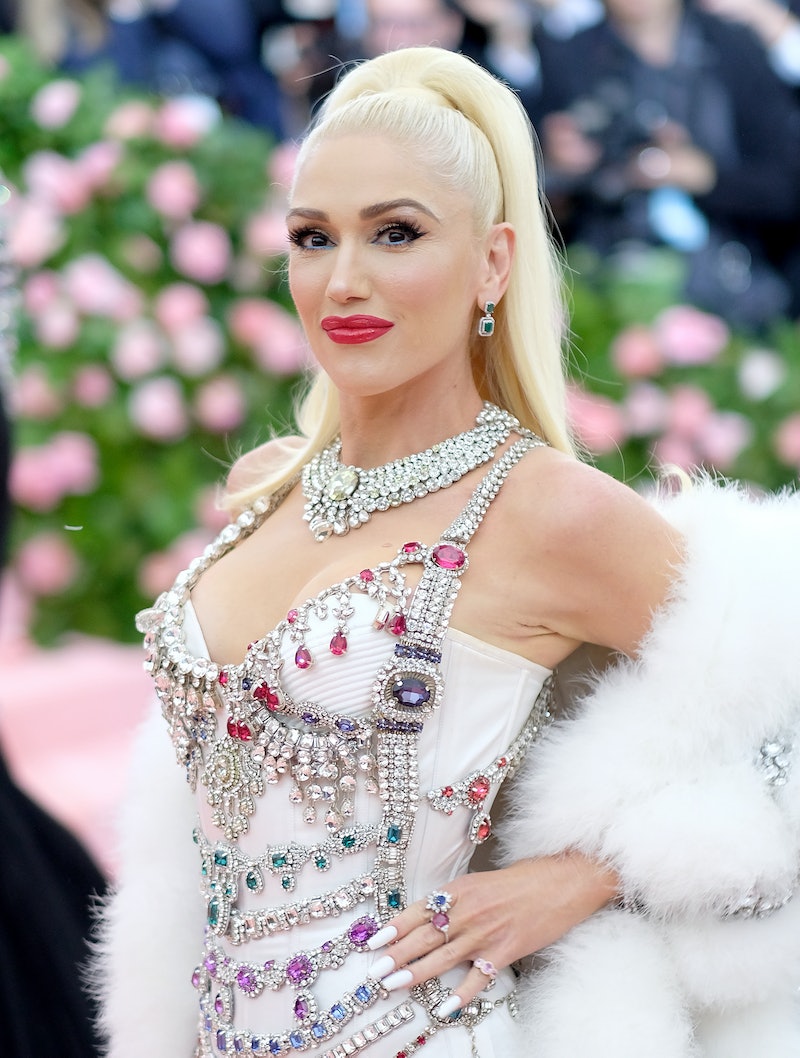 Gwen Stefani has been a pop culture fixture for decades, but somehow, she's even more popular than she was when she first rose to fame with No Doubt back in the '90s. In fact, she's been working so steadily, what Stefani is doing in 2019 isn't all that different from what she was doing, say, 10 years ago. She's just that consistent.

Right now, Stefani has a lot going on. She's a dedicated mom to her three sons, Kingston, Zuma, and Apollo, who she co-parents with her ex-husband Gavin Rossdale. She designs clothing and accessories for Target. She's been a coach on The Voice for four seasons on and off. She has a Las Vegas residency. And, of course, she's still going strong with Blake Shelton, who she's been dating for four years.

But while that already sounds like a full plate, Stefani has no plans to cut back. "I didn't expect to be doing [the Vegas residency] and The Voice at the same time," she told Entertainment Tonight in June. "I just feel like I'm alive in a way I've never been before, because I have to be! Because doing both is a lot."

Here's what's in the pipeline for Stefani for the rest of the year.

Stefani joined The Voice in 2014 for Season 7. She was also one of the coaches for Season 9 and again for Season 12. Now, she's a part of the show for Season 17. "I am back, and this is my season to win!" she told People in August.

Stefani started her Las Vegas residency back in June 2018 and is now nearing the end of her run: her last show is slated for Nov. 2. "It's such an intense show, it's almost like my whole life boiled down to a Vegas show," she told Today in September. "To think that it will not be going on forever is weird. When you're in it, it's hard to imagine it ever ending." Who knows, maybe she'll return for another residency in the future.

Stefani and Shelton's four year anniversary is not actually until November, but she discussed it with People in June. "It's kind of a blur. It still feels like it's pretty new to me. I guess it is, relatively," she told the publication. "Four years isn't forever, but man, it seems like it just happened in no time."

In 2019, Stefani shared designs for the Harajuku Mini collection, her children's clothing line sold at Target. She also designed glasses inspired by her 10-year-old son Zuma in partnership with Tura Inc. "Some kids feel it's sort of a punishment to have to wear glasses in the first place," she explained to People. "When you find a style you get compliments about, it makes you feel so good. That's [what] we wanted to do with this line."

In a September interview with Entertainment Tonight, Stefani discussed her kids starting school this year. "I got a baby in kindergarten now and that was devastating, but he's so excited and he's doing so well," she said. "I got junior high… God gave me all three boys. I've always been surrounded by boys."

Stefani's tour may be called "Just a Girl," but she's clearly a successful, full-grown who seems to have found a great work-life balance. Here's to hoping for more (very consistent!) work in 2020.