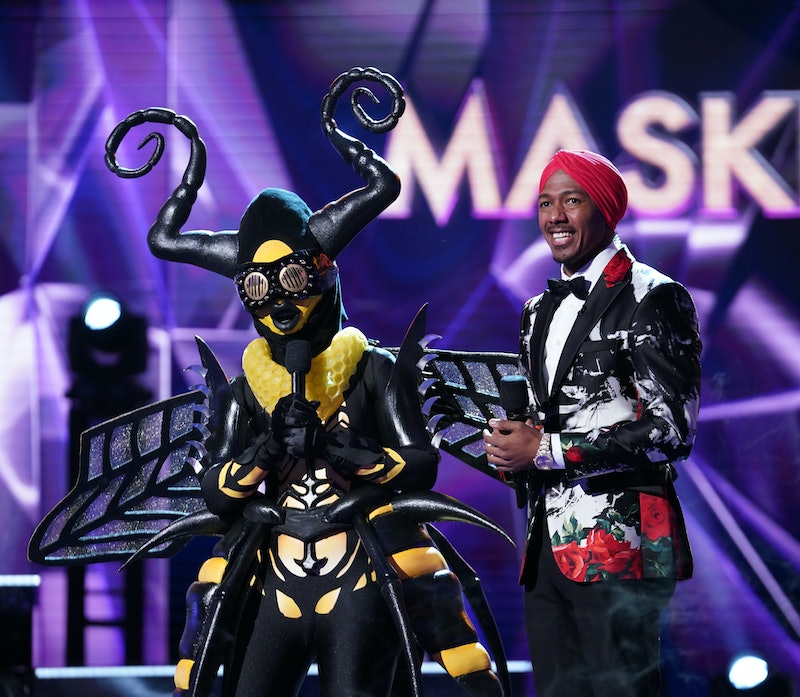 With only three performers remaining on The Masked Singer, the competition is tougher than ever. It's actually sad when contestants are unmasked now, because we want to see them go all the way. However, there's still one episode left for the stars in disguise to wow and confuse both the panel and the folks at home. We've already given you our thoughts on the monster and peacock, so now, it's time to turn our attention to theories about the Bee on Masked Singer, which seem to point to none other than Gladys Knight.

"Who can do Gladys like Gladys?" asked guest judge Kenan Thompson on Wednesday night, when his fellow panelists suggested that the Bee could be someone doing a Gladys impression to throw them off the scent. Fans and judges alike have admitted that the Bee sounds just like Knight, the Empress of Soul, with her powerhouse vocals and famous vibrato. However, they've been duped before, and are increasingly skeptical of their own certainty.

"Some [people on] the panel are convinced that I'm the queen of the Pips," the Bee said, referencing the group Gladys Knight and the Pips. "What if I've been giving mixed messages all this time?"

Who else could it bee? (Pun intended). One guess from the panel is Anita Baker — she keeps mentioning baking, and it could be a pun. Her show and tell item in a previous episode was baking supplies. In the semifinal, the Bee's clue package mentioned peach cobbler — which Thompson thought could point to Patti LaBelle, reminding the panel that "she makes those peach cobblers for Walmart." On the other hand, Knight has a cookbook.

There was also a little train that said Santa Fe in the semifinal clue package. Knight is not from New Mexico, and in fact none of these guesses are, but maybe that's a midnight train destined for the Peach State. It's not Albuquerque-born Demi Lovato, though that would truly be a twist. The Bee also mentioned that she was friends with Aretha Franklin, though given the era that the Bee became famous, this could refer to anybody. We learned, in her first appearance, that she has been singing and performing since the '50s.

Other popular guesses on Twitter include Tina Turner, Dionne Warwick and Chaka Khan — basically every other living soul and/or pop diva from the '60s. It's not surprising, either, as almost every single one of the Bee's previous clue packages have referenced all of these artists and their respective hits.

The bee started out by putting a soulful spin on contemporary pop hits like Miley Cyrus' "Wrecking Ball," Sia's "Chandelier," and Bruno Mars' "Locked Out Of Heaven." In later weeks, she took it back with "What's Love Got To Do With It" by Tina Turner and then Aretha Franklin's "(You Make Me Feel Like) A Natural Woman." What will the Bee sing in the Masked Singer finale? Can she win the trophy? Do you kind of wonder if Gladys Knight got the gig singing the National Anthem at the Super Bowl because she's secretly the Bee, but you can't prove that suspicion yet? With the panel so simultaneously sure and conflicted about the Bee's identity, the ultimate reveal is going to be one of the best Masked Singer moments yet, no matter who she is!