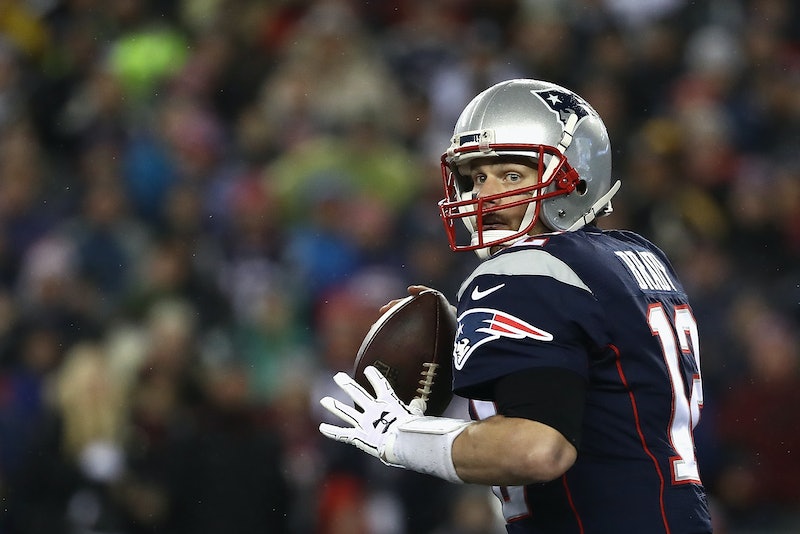 Approximately 99 percent of the year, I know next to nothing about football — but every time Super Bowl Sunday rolls around, I get inexplicably excited. No matter what team you're rooting for, these New England Patriots memes will get you pumped to watch the game in 2017. Forget MVP; Tom Brady is perhaps the most memeable player in the NFL. Considered one of the best quarterbacks of all time, Brady has won four out of the six Super Bowls in which he has participated. If the Pats triumph against the Falcons this Sunday, he will set a record of most championship wins in QB history. So what can you get for a team that already has everything? Why, memes, of course! If you are, like me, an NFL novice, than these memes will bring you up to date on everything to know going into Super Bowl 51.

Especially lately, it seems the Patriots just can't quite escape the spotlight. When you put together everything from the "Deflategate" saga to coach Bill Belichick's beloved hoodies (does he ever wash them?) and hauntingly blank stare, there is unlimited fodder for New England Patriots internet comedy gold. This year, the powerhouse team will face the Falcons, who have never won a Super Bowl, on Feb. 5 — and although it's anyone's guess what will happen, it will undoubtedly be incredibly fun to watch.

While you get ready to dig in to the requisite seven-layer dip, gear up for the half time show, and of course start looking out for the notable commercials, please enjoy these New England Patriot's memes: