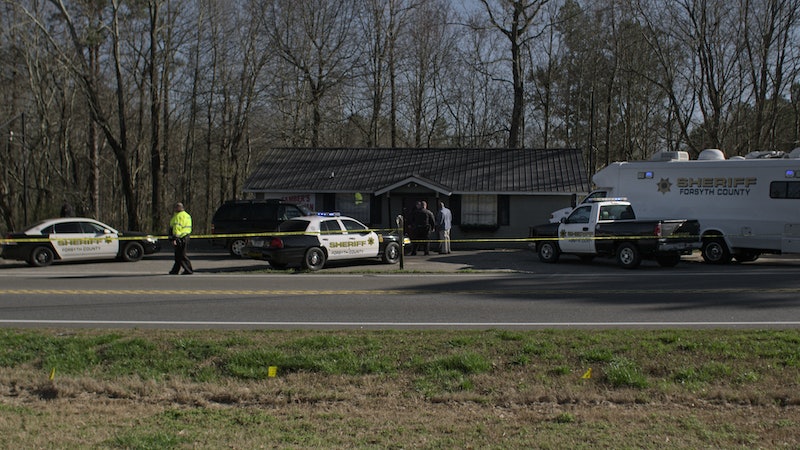 Though there haven't been many updates on the murder case of Patrice Endres in the 15 years since her remains were found, investigators haven't given up looking for answers. "We are dedicated to solving this case," Special Agent Kimberly Williams told the Forsyth County News in a 2019 statement. "And we continue to encourage the public to contact us with any information that may help us hold the responsible party accountable."

As chronicled in Netflix's Unsolved Mysteries reboot, the 38-year-old Endres vanished from her Georgia hair salon in April 2004. According to the Georgia Bureau of Investigation, her lunch was uneaten, her car keys were present at the scene, and her car had been moved from its normal location. Money had also been taken from the salon.

In December 2005, Endres' skeletal remains were discovered in the woods about 10 miles away from the salon. Since then, local authorities have received a number of "crazy leads," according to the Forsyth County News. For example, one woman reported seeing a man in a white van near the salon and even worked with a sketch artist on a rendering, but she later recanted her story and was charged with providing false statements.

Prior to the discovery of Endres' remains in 2005, convicted serial killer Jeremy Jones confessed to her murder. However, he wasn't able to provide any information that wasn't reported in the media, and the remains were eventually found about 70 miles from where he claimed to have murdered her. An investigation into another confessed murderer, Gary Michael Hilton, also hit a dead end.

The Georgia Bureau of Investigation does note that there's one piece of evidence that was never recovered, which they hope could produce new leads: Endres' wedding ring. They describe the piece of jewelry as consisting of two bands soldered together with a marquis diamond center stone. "It is the hope of law enforcement that someone may recognize the ring, which may lead them to the person responsible," reads the website.

Investigators are still encouraging anyone with information to call or report information through the GBI website.