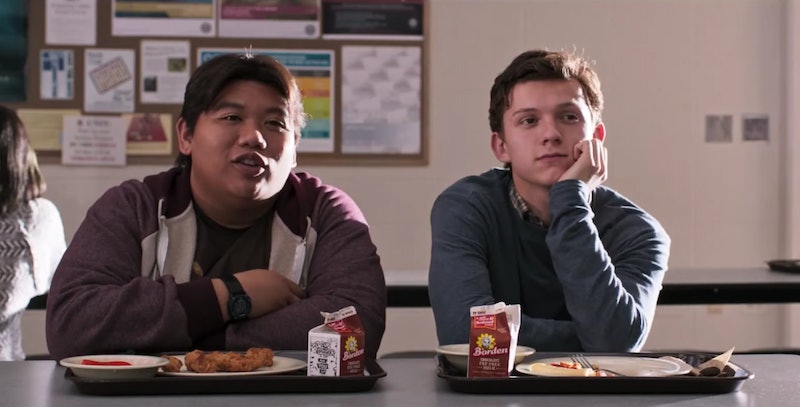 Spoilers ahead. With the ending of Infinity War being the bloodbath that it was, the only thing that Marvel fans can do to stay positive is look ahead to the timeline of future MCU movies. One of the most promising scheduled films is Spider-Man Homecoming 2, which will premiere on July 5, 2019, just about two months after the fourth Avengers movie's release. Basically, that means that Peter Parker holds the baton of the MCU's future after Infinity War's sequel, and there are tons of theories about Spider-Man 2 that will probably conjure up a mix of emotions from fans of Tom Holland's version of Spidey.

One of the most intriguing facts about July 2019's Spider-Man movie is that it will literally pick up right where Avengers 4 ends. Sony executive Amy Pascal told Fandom that Spider-Man 2 "will start a few minutes after Avengers 4 wraps as a story.” Based on that scoop, most Marvel watchers believe that Avengers 4 will somehow bring the Avengers who died in Infinity War (e.g. Holland's Peter Parker) back to life. After all, how could they make another Spider-Man movie without Spider-Man?

As if the Homecoming 2's set release date isn't enough to convince you that Peter Parker will come back to life in Avengers 4, Marvel Studios' president, Kevin Feige, has also declared the young superhero as the perfect person to lead viewers into a new era. "So much happens in [the 3rd and 4th Avengers movies], as you can imagine, and so much is affected by it that we felt what better person to hold your hand and lead you into the next incarnation of the MCU, in a grounded, realistic manner, than Peter Parker?," Feige told io9.

Presumably, when Feige says "Peter Parker," he means Tom Holland as Peter Parker. The fact that Holland has a contract with Marvel to make three more films after Infinity War, according to Elite Daily, only supports people's suspicions that Peter comes back to life in Avengers 4. But even with all of that evidence that Spider-Man 2 will take place in Midtown Science during Peter's junior year, some still believe that Spider-Man 2 will be totally different from the first Homecoming film.

A recent article from Newsweek suggests that Peter Parker could not come back from his Infinity War death for Spider-Man 2. If that were the case, then the second Homecoming movie might follow Miles Morales as Spider-Man. After all, Miles takes over as the web-slinging superhero in the comic books, and that one Homecoming scene with Donald Glover's cameo can't get overlooked. In the scene with Glover's Aaron Davis, aka The Prowler, the character mentions that he has a nephew, Miles Morales.

According to Player.One, a deleted scene from Homecoming shows Aaron Davis calling his nephew Miles, and the comics include Aaron as the impetus for Miles' transformation into Spider-Man. That situation might play out over time, but it's also unlikely that it will take place in Homecoming 2 considering Holland's contract with Marvel. Not only that, but Screen Rant has reported that Homecoming 2 will start filming this summer, and that Holland will return for the leading role. That's great news for Spider-Man 2; after all, Holland's character is still perfecting his spidey senses, and fans deserve to see more hair-raising moments like the one at the beginning of Infinity War.

As for the villains in Spider-Man 2, Cinema Blend points out that plenty of characters from the comics remain to be seen in the movies. Those include Kraven The Hunter, Chameleon, Mysterio, Hobgoblin, and Morbius The Living Vampire, and any of these villains could make their appearances in the Homecoming sequel.

Considering the movie will likely start off with Peter Parker returning to New York from — hopefully — beating Thanos in the second time around, he shouldn't have any problems defeating his next opponent, whoever that person might be.

More like this
Yes, You Do Know The Song From The 'Black Panther: Wakanda Forever' Trailer
By El Hunt
Everything You Need To Know About ‘Black Panther: Wakanda Forever’
By Bustle Editors and Radhika Menon
Jamie Foxx Revealed The Question That Got Cameron Diaz To “Un-Retire”
By Grace Wehniainen
How To Stream 'Bodies Bodies Bodies'
By Morgan Leigh Davies
Get Even More From Bustle — Sign Up For The Newsletter