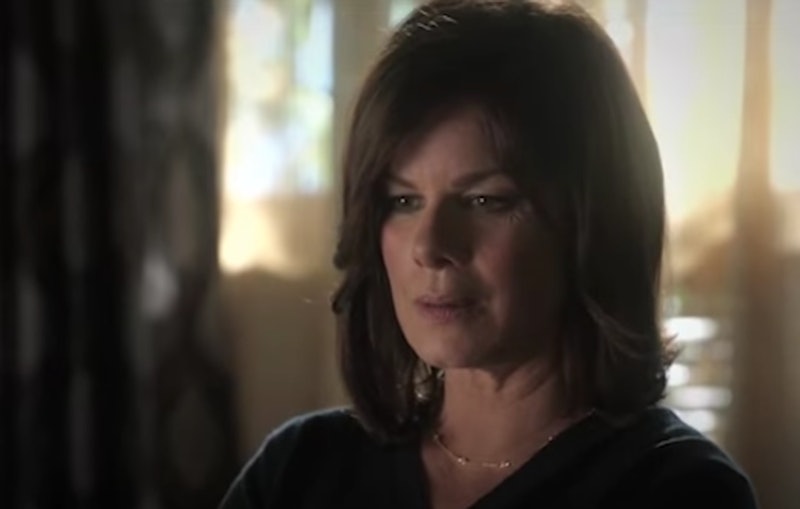 There have already been a lot of deaths on How to Get Away with Murder, but Hannah's could end up being the most important one in the show (assuming Annalise doesn't actually end up dead, that is). Hannah's testimony had the power to help Annalise win her case, but with her star witness gone, she'll have to scramble to find a silver bullet. Which begs the question: who had the most to gain from Hannah's death? If these HTGAWM theories prove anything, it's that anyone and everyone is a suspect.

Considering Frank just found out Sam and Hannah are his biological parents, he certainly has motive for wanting to see Hannah pay for lying to him for all these years. Plus, it's not like he hasn't killed before. But is he perhaps too obvious of a suspect? HTGAWM is known for its plot twists, so revealing the killer was Frank after Bonnie just speculated it was him would feel slightly underwhelming.

The other most likely suspect is the governor, who has plenty of incentive for wanting to see Annalise behind bars. Hannah's testimony could've squandered any chance of that, making her a prime target for the governor's wrath. Then again, she could just be another obvious red herring.

Laurel’s father may have agreed to testify against Governor Birkhead, but that doesn't mean he's loyal to Annalise. Reddit user taysteeboo thinks Jorge had one of his minions kill Hannah as an insurance policy, knowing that it would destroy Annalise's case while still allowing him to get justice for Xavier's death. It's also possible that he didn't quite believe Nate's story that the governor had his son killed and simply wanted to hit Team Keating where it hurt.

Bonnie seems intent on helping Annalise, but she also loves Frank. Is it possible she was so upset on his behalf that she decided to go and confront Hannah in person, and it escalated? She may not have gone there with the intention of killing Hannah, but Bonnie has proven she's capable of murder on more than one occasion.

On the other hand, maybe Hannah really did die by suicide, as the police suspected. She might have known Frank would confront if he were to find out the truth, and wanted to avoid facing him while screwing over Annalise in the process.

Whoever killed Hannah, the truth will be revealed in the series finale on Thursday night.