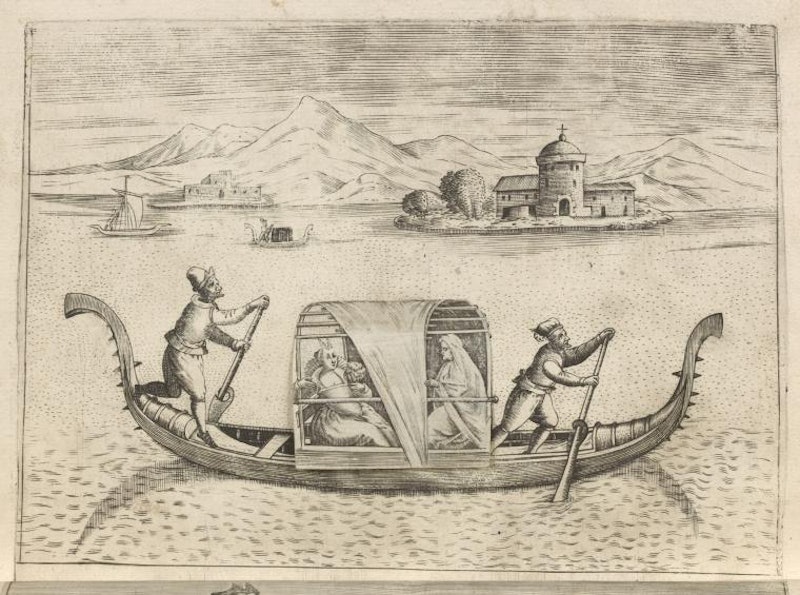 Renaissance artists loved to depict the human body in all its naked — sorry, nude — glory, but what passed for erotica in the 16th century? Sexy lift-the-flap books might have been all the rage, if you can believe it, and the New York Public Library (NYPL) has one on display right now.

Sexy lift-the-flap books are part of the NYPL's Love in Venice exhibit, which "examine[s] the literary, artistic, musical and cultural aspects of Venice’s seductiveness." Love in Venice made its debut on Feb. 10 as part of a partnership between the NYPL and Carnegie Hall, which hosted its La Serenissima festival from Feb. 3 to Feb. 21. The NYPL's exhibit of Venetian erotica will be on display through late August at the Stephen A. Schwarzman Building's Wachenheim Gallery.

The Republic of Venice existed as a sovereign state for 500 years, remaining independent until just before the turn of the 19th century. During the Renaissance, Venice was the place to go for both carnal and aesthetic pleasure, sort of an ur-Amsterdam.

NYPL curator Madeleine Viljoen tells The Huffington Post that "Venetian flap books ... were designed with the titillation of the viewer in mind." The illustrations appear innocuous at first, but task the viewer with lifting a flap designed to look like a skirt, curtain, or other concealing feature to reveal a bit of foreplay or some women's undergarments. Viljoen calls the reader's interaction with the sexy lift-the-flap books "quintessentially voyeuristic."