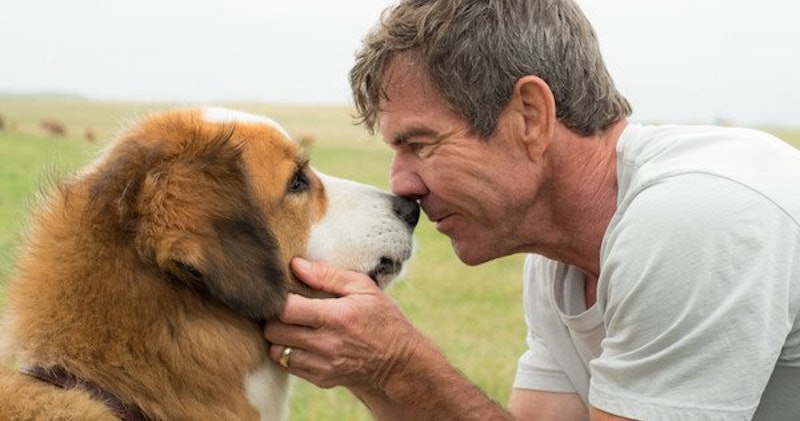 A Dog's Purpose is due to come out on Jan. 27, 2017, but new leaked footage from the movie shows that alleged animal cruelty may have taken place on set. Based on the 2010 novel by W. Bruce Cameron, the movie version of A Dog's Purpose follows Bailey, voiced by Josh Gad, throughout several lives, as he's reincarnated into different dog breeds upon his death. And a warning before watching the clip: this footage is pretty upsetting as it shows a dog being forced to take part in a stunt against its will. Many who've seen the video so far have called for answers from the team behind the movie, to better understand how this could have happened. Naturally, this A Dog's Purpose video is upsetting fans and even those who worked on the film. Update: Universal Pictures and Amlin Entertainment released the following statement to Bustle about the video:

A Dog's Purpose, produced by Amblin Entertainment and distributed by Universal Pictures, is a celebration of the special connection between humans and their dogs. And in the spirit of this relationship, the Amblin production team followed rigorous protocols to foster an ethical and safe environment for the animals.

While we continue to review the circumstances shown in the footage, Amblin is confident that great care and concern was shown for the German Shepherd Hercules throughout the production of the film. There were several days of rehearsal of the water scenes to ensure the dog was comfortable with all the stunts. On the day of the shoot, Hercules was not comfortable attempting the stunt caught on the edited tape so the Amblin production team did not proceed with filming that scene.

Hercules is happy and healthy today.

Earlier: According to TMZ who posted the video, Gad (the voice of the dog in A Dog's Purpose) responded by saying, "I am shaken and sad to see any animal put in a situation against its will." TMZ also quoted the movie's director, Lasse Hallström, who said, "I have been promised that a thorough investigation into this situation is underway."

The video footage features a German Shepherd in A Dog's Purpose being visibly forced to film a seemingly distressing scene in choppy, rapidly moving water. Throughout the clip, the dog appears to be upset, clinging on to its handler, and clambering to stay up out of the water. At one point, the handler appears to attempt to lower the German Shepherd in the water, but pulls the dog out when the dog refuses to swim and reaches for the ledge. It's an incredibly difficult video to watch. 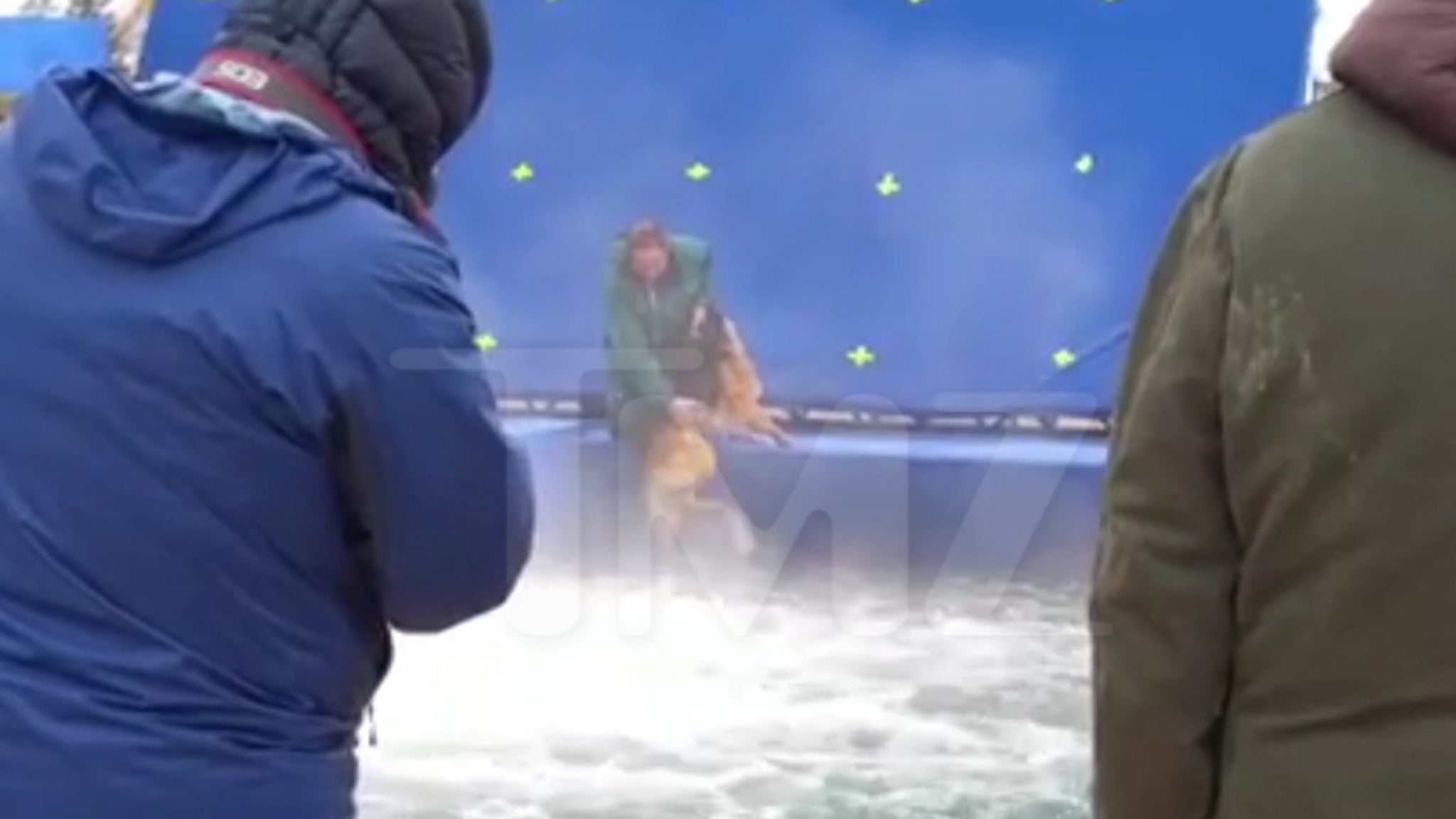 Understandably, fans have been voicing their concerns on social media regarding the video A Dog's Purpose, and PETA has called for a boycott of the movie. According to TMZ, the American Humane Association is investigating the representative that was on set during the incident, who should have been responsible for ensuring the safety of all working animals.

While it's good to know that the German Shepherd's wellbeing is being taken seriously, viewers, cast and crew all deserve answers regarding how this apparent incident was allowed to happen.