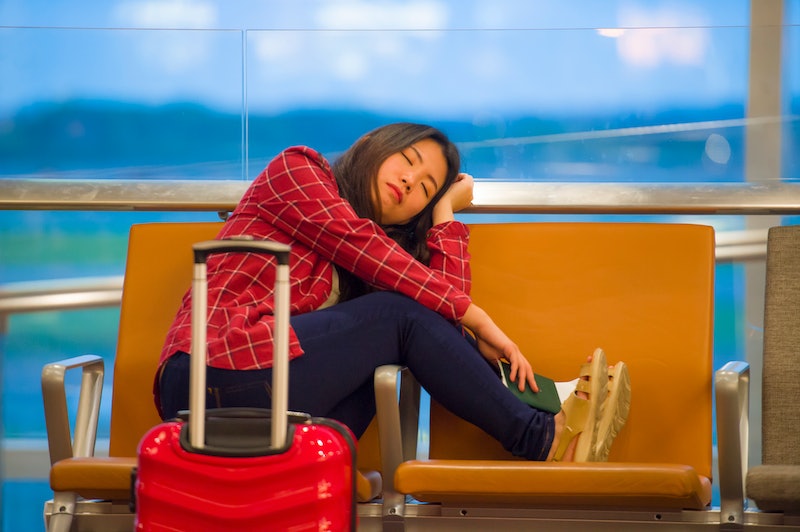 Long-distance travel is more accessible than ever these days — but no matter how easy the actual transportation itself gets, one thing about traveling never gets easier: Dealing with jet lag. The good news, though, is that — like just about everything now — there’s an app for that. Called Timeshifter, this app helps with jet lag by creating a personalized plan for each trip you take aimed at adjusting your sleep and wake schedule. The best part? It does so primarily through light — specifically by telling you when you should make sure you see it versus when you should try to avoid it.

Since the 1990s, NASA astronauts and mission controllers preparing for missions have used personalized light therapy plans to adjust their sleep-wake cycles in order to make sure they’re on the right schedule for the relatively narrow takeoff windows. Subsequent research conducted revealed that this kind of therapy might also be beneficial for people who work night shifts — but what Timeshifters’ creators thought was, why stop there? Why not also apply the same principals to helping travelers adjust to new time zones? As the app’s website notes, jet lag advice isn’t one-size-fits-all; in fact, taking a generalized approach “can actually make [jet lag] worse.”

The app therefore makes individual plans for you and for whatever trip you’re about to take. It starts by asking you some basic demographic information, like your age and your chronotype — that is, whether you’re an early bird or a night owl. Then, when you start making a specific plan, you’ll be prompted to fill in the details about your trip: which locations you’ll be traveling between; whether the journey is round-trip or one way; how many stops you’ll be making (if any); and, of course, your departure and arrival dates and times.

From there, you’ll be presented with a timetable spanning not just the day you’ll actually be in transit, but also the days surrounding it. For example, the plan for a trip I’ll be taking from the East Coast to the West Coast in a few months includes the day of travel, the three days prior to travel, and the day and a half post-travel. The timetable itself, which is divvied up by the hour and includes a marker of where you’ll be changing time zones, then lets you know when you should be doing each of two different things: prioritizing or avoiding exposure to bright light, and full-on sleeping or just napping. Optional settings include when you should take or avoid caffeine and/or melatonin.

It’s perhaps worth noting that actually implementing your plan might not be as easy as it sounds. For example, the plan for that East Coast-West Coast trip I have on my schedule specifies that I should prioritize exposure to bright light — ideally sunlight — at 10 o’clock at night the day I arrive on the West Coast. Obviously actual sunlight won’t be an option at that point; nor will I likely have access to a sunlamp. The app does note that if sunlight isn’t possible, you should “turn on all of the lights… and try to find blue-enriched, cool-looking white light,” but it’s still, y’know, not going to be easy to find the right kind of light in abundance at that time of night.

Additionally, Timeshifter isn’t a free app. You can download it for free; you can even develop your first jet lag plan for free. However, after that, you either have to purchase individual plans as you go, or spring for a yearly subscription that grants you access to an unlimited amount of plans. Plans are $9.99 a pop or $24.99 for the yearly subscription.

Those prices aren’t exactly cheap, but if you travel long-distance a lot — such that you’re switching time zones fairly frequently — the paid service Timeshifter offers might be worth it. You can find out more about it at the Timeshifter website. Happy travels!