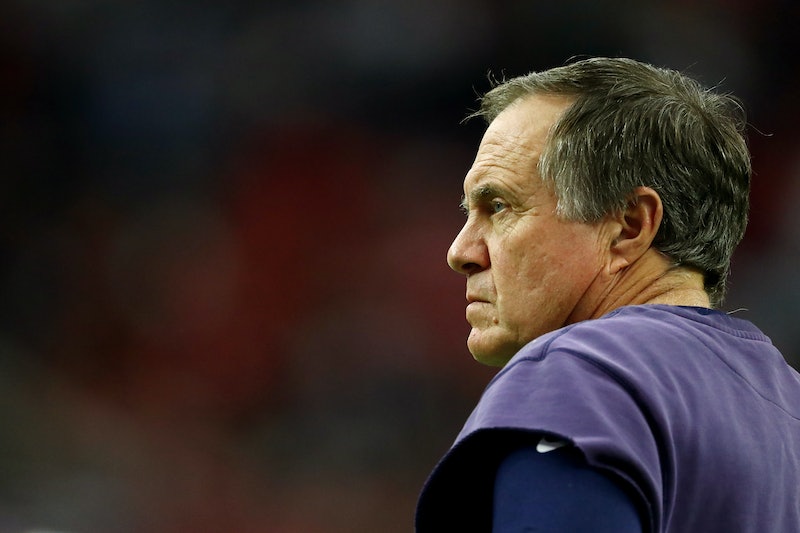 Super Bowl LI got off to a meme-tastic start with this Bill Belichickmeme, showing the Patriots head coach's iconic mean mug. Just after the female stars of Hamilton finished their rendition of “America the Beautiful,” the camera cut to a stone-faced Belichick, which quickly became one of the most iconic images of the Super Bowl before the game had even started. This year's Belichick meme certainly isn't the first for the legendary coach, but it's one of the best in his career.

Belichick was likely, and rightfully, focused on the game he was about to coach, one of the toughest in his extensive Super Bowl history. The Falcons, with their spectacular offense and potential MVP quarterback Matt Ryan, threatened to overwhelm the Patriots’ commendable defense. Belichick also may be retiring in the next few years, so this Super Bowl appearance has more riding on it than any of his previous. The Pats' coach is notoriously ambivalent to social media and may not see the meme for a while, but he hopefully takes it in the right spirit. Football just isn't as much fun without some memes, and giving the public a little leeway to poke fun ultimately brings more people into the audience of the game he loves.

He Could Have Had A Little Smile For The Schuyler Sisters

If He Shows Any Emotion, He Explodes

He Should Meet McKayla Maroney

There Is A Remarkable Resemblance...

His Emotionlessness Knows No Bounds

Maybe He's Showing Some Emotion After That First Quarter

But Probably Not TBH

It's Just Not Gonna Happen