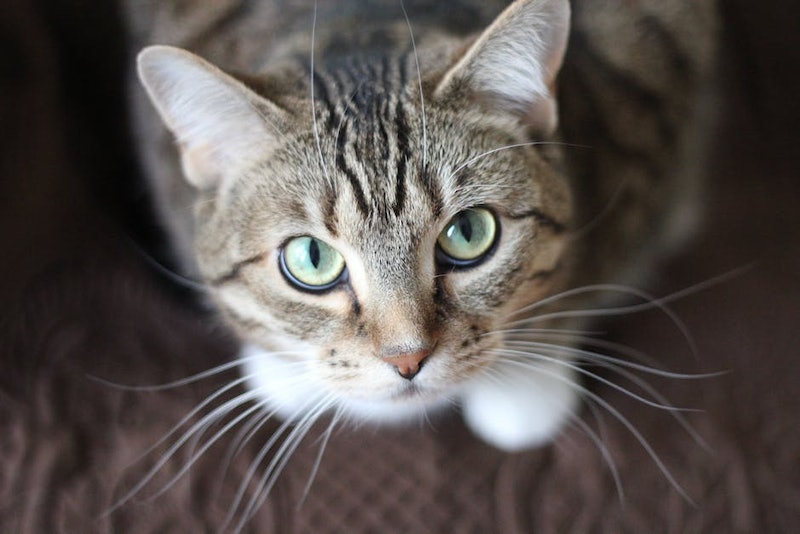 While cats may seem like a deceptively low maintenance kind of pet, the truth is that there are a whole host of things that owners have to be vigilant about when it comes to keeping their cats safe — some more surprising than others. Pet owner and Imgur user Ramphasto learned this the hard way, when her cat almost died from eating hair ties that had to then be surgically removed. In an effort to alert other pet owners to the danger of letting cats play with or chew small items, she took to Imgur to share images of her cat Ollie and explain the brutal process they had to go through to recover from the hair tie ingestion.

"[Ollie] was a healthy and happy cat until one day he began throwing up everywhere and eventually just stopped moving," Imgur user Ramphasto wrote. "It was at this point I knew I needed to get him to an emergency vet. They did blood tests and X-rays and found something lodged inside his stomach and intestines. It was some sort of hard mass."

The vet told her then that Ollie would need emergency surgery that would cost $4,000 — and that even then, it wasn't a guarantee that Ollie would survive. As a "broke college student" at the same, she shared that her vet told her about Care Credit, a service for financing medical procedures, including veterinary ones. She applied and was approved, and Ollie went into surgery to remove the mass.

Once Ollie was released from surgery, the doctors revealed that the mass was, in fact, a tangle of chewed up, eaten hair ties that Ollie had swallowed.

"He ate so many of them that they got lodged into his intestines and suffocated part of it so they had to cut the dead intestines and sew together the ends ... When they showed me this bag of hair ties I wanted to hit myself. I felt so horrible for my ignorance. I would see him chewing up my hair ties and I would try to stop him, but I did not see or know he was actually swallowing them. I did not know the severity of the situation," Imgur user Ramphasto wrote.

As it turns out, she is far from alone; many cat owners have experienced this phenomenon with their cats. Eating hair ties is a symptom of pica in pets, which is the desire to eat non-food, inedible items. While there are theories about pica in cats being the result of dietary deficiencies, environmental factors, and medical issues, some cats are also just genetically predisposed to this kind of behavior — which means their owners have to be extra, extra cautious about leaving things like hair ties lying around.

"The vet told me it's common for kittens and young cats to swallow weird things like hair ties or string. They said they once did surgery on a cat who swallowed an entire balls worth of yarn," Imgur user Ramphasto wrote. "I did not know cats did this and my cat paid dearly for my ignorance. I wanted to tell this story because I'm not sure if other people know this about cats. Ollie almost died. I don't want this to happen to other cats and cat owners."

If you have a lil bub displaying pica-like behaviors, there are several things you can do to prevent a disaster like Ollie's. First, you can make sure that items like hair ties, yarn, and other related items are out of reach. Second, you can provide your cat with cat toys that are safe to chew, which will hopefully abate the urge to chew dangerous items. If all else fails, Web MD recommends talking to an animal behavior specialist for other ideas on how to keep your cat safe; clearly the consequences are not to be taken lightly, and you'll save yourself a lot of worry down the road.