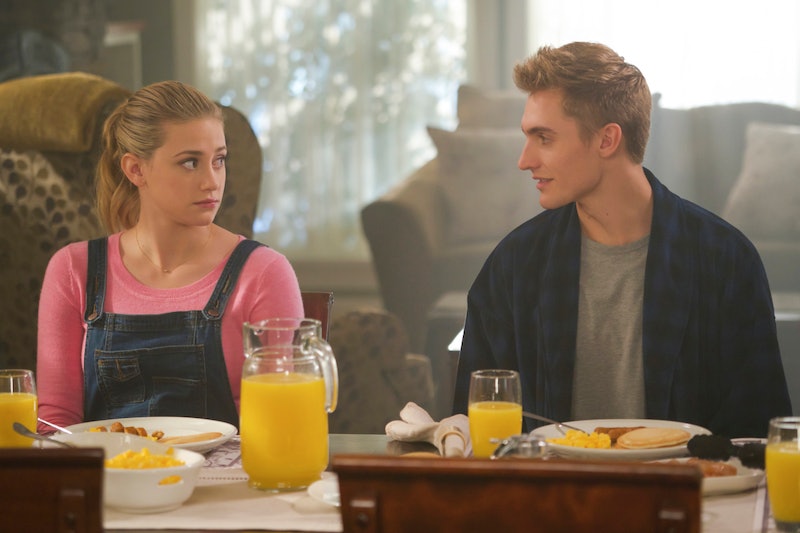 It's clear that there's something going on with Chic Cooper that he isn't telling his family about. While he's been welcomed into the Cooper home by Betty and Alice — the same can't be said of Hal — there's still some mystery surrounding Chic. What is he doing when he's not working? Is he really just a webcam performer or is Chic Cooper actually a secret government agent on Riverdale who has embedded himself within his biological family and is working on a mysterious project? That may sound like a far-fetched theory until you consider that in the Archie comics Chic really is a government agent.

Just like in the show, Betty's siblings aren't around that much and often exist outside of the central action in the comics. This is explained away in the Archie comics with Polly being busy working as a reporter and Chic being busy working as a secret government agent. While Riverdale hasn't always stuck to the comic books — Polly is currently living on a farm raising twin babies that she conceived with her cousin and not doing any journalism — Chic's secret government work in the comics may be able to explain some of the strange things that have been going on with him.

Chic Cooper's been supposedly going through the foster system after his mother left him with the Sisters of Quiet Mercy, which is proving to be a popular refuge for members of the Cooper family. Chic claims that he was given the Cooper family address by the Sisters of Quiet Mercy — but there's no proof that that's true. Alice and Betty are being very trusting of Chic, without trying to dig deeper into his past.

Assuming that at some point Chic was adopted and trained as a government agent, what reason would a secret government agent have to go back to Riverdale, begin working as a webcam performer and "fantasy fulfillment" specialist, and lie to his biological family about his past? Riverdale has proven to be a hotbed of crime, including serial killers, a Jingle-Jangle epidemic, gang activity, and shirtless teenage militias. Given the town's extremely high crime presence for a relatively small community, it would be irresponsible for the government to not have someone on the ground in Riverdale. Plus, it can't be a coincidence that Chic was introduced to Riverdale at the same time that an FBI agent started getting Archie Andrews to work for the government.

Chic appeared in Riverdale at the same time that the FBI started trying to get Archie to to turn in Hiram Lodge. Could the FBI be taking a two-pronged approach to getting information on the Lodge family? If they can get information from Veronica's boyfriend and Veronica's best friend, the government may get what they need to take Hiram Lodge's criminal operation down. Chic could be gaining Betty's trust before grooming her to sell out her best friend's father.

As exciting and interesting as it would be for Chic to turn out to be a government agent, there's a lot of evidence that Chic is not working for the government — mainly that he's introducing his high school-aged sister into the world of webcam-based "fantasy fulfillment" which, depending on Betty's age, is very likely illegal. Plus, if Chic was a government agent, he probably could've just shown up to the Cooper house instead of living in a hostel and getting his landlord to attack him while waiting for his biological family to come rescue him. But, whether he's hiding a secret connection to the FBI or keeping a more more sinister secret from the Coopers, Chic probably isn't telling his family everything — and only time will reveal who he really is.