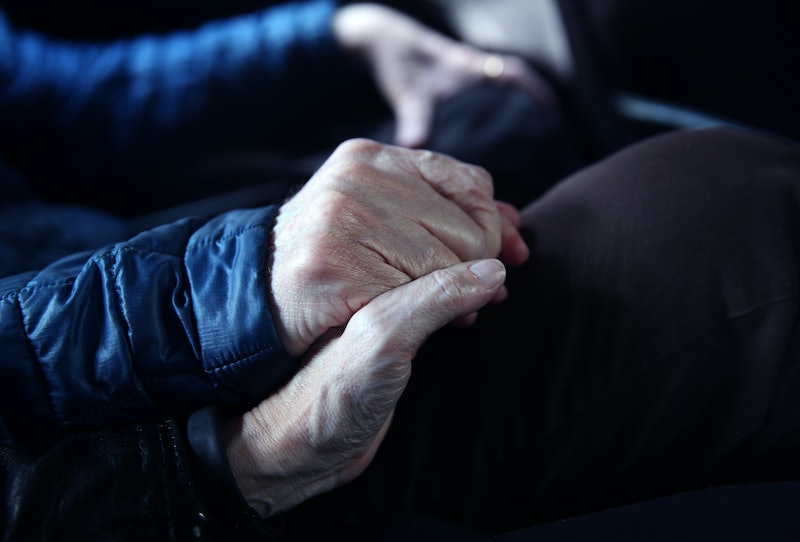 Senate Republicans have already cast several procedural votes to pave the way for repealing Obamacare, and it's entirely possible that law will be gutted in the coming months. If the GOP and President-elect Donald Trump follow through with their pledge to repeal the central components of Obamacare, around 20 million Americans will lose their health coverage. In response, some of these Americans have been sharing their Obamacare success stories, and one tweet in particular shows the devastating consequences of repealing the Affordable Care Act.

Obamacare expanded health coverage in many ways. By expanding Medicaid eligibility, offering federal health insurance subsidies to low-income Americans, banning insurance companies from denying coverage to people with pre-existing conditions, and more. These, and other provisions, are why the uninsured rate in America has dropped from 15.7 percent to 8.6 percent since the law was signed.

But repealing the law, or even just gutting its major components, will drive that uninsured rate back up and kick millions of Americans off of their health insurance plans.

Let's take this out of the abstract for a moment: Repealing Obamacare will kill people. Exactly how many is impossible to determine, but there are a great number of Americans who rely on Obamacare for life-saving care, and they will no longer be able to receive it if the law is scrapped.

One of many examples was shared by Megh Wright, deputy editor at Splitsider, who wrote on Twitter that her dad would be dead in eight months without Obamacare, thanks to the oppressively expensive prescription he needs to treat his cancer.

This family isn't alone. The Huffington Post talked to Stacey Lihn, the mother of a child with hypoplastic left heart syndrome who required three open-heart surgeries before the age of 5. Before Obamacare, insurance companies could place lifetime caps on how much coverage any one person could receive, which meant that Lihn may have been forced to give up custody of her daughter in order to save her life. Thanks to the Affordable Care Act, her six-year-old daughter is healthy and eligible to continue receiving care.

There are tons of more stories like this. The Obama Administration claimed in 2015 that the law had saved at least 50,000 lives through its various expansions of health coverage, and that number was later revised upward to 87,000 lives. It wasn't nonsense: The Washington Post's fact-checkers looked into it and determined that Obama was telling "the truth, the whole truth and nothing but the truth."

It's easy to get caught up in statistics when discussing such a far-reaching law as Obamacare, but don't let those numbers distract you from the law's practical effects on actual individuals. For many Americans, Obamacare isn't a thought experiment about government efficiency, or a symbol of how Democrats approach health care reform; it's a tool that's saving their lives. Throwing that tool away, as Republicans plan on doing, will cost lives. A lot of them.