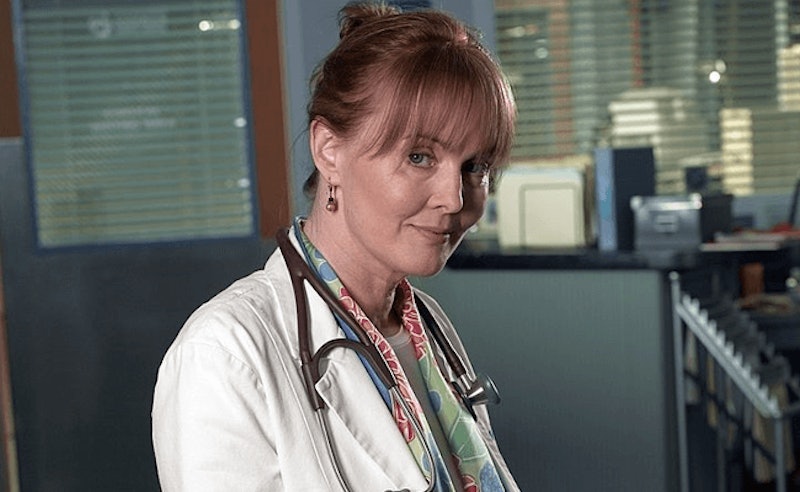 ER lured people in with the adrenaline-rush realism and natural drama of doctors dealing with hospital emergencies, but fans stuck around for the characters. These people won fans' hearts over 15 seasons, and while some of them, like Noah Wylie's Dr. John Carter, were around and beloved from Day 1, others, like Elizabeth Corday, jumped in the fray seasons later and grew into fan favorites once we got to know them. And then there's Kerry Weaver. Arriving in Season 2 and becoming a mainstay in Season 3, she clocks the most episodes right behind Dr. Carter, and yet, this ER character just never got enough love.

Dr. Weaver came in at #16 on a Buzzfeed list of ER characters ranked best-to-worst, with her "brash, occasionally power-hungry personality" cited as the reason for the long-running character's surprisingly low rating. On the list, she was sandwiched above a character who only lasted one season and below Dave Malluci, who left the show calling Weaver awful names after she fired him for negligence and having sex in an ambulance. Really?!

Is the character's underrated nature because she was ambitious? Gunning for an administration career put Dr. Weaver at odds with other fan favorite Dr. Mark Greene, and many never forgave what they saw as her backstabbing him to get ahead, despite the fact Greene forgave her and turned her life around with his parting words. Whatever the reason, it's about time Dr. Weaver got the respect she deserves, and here's why.