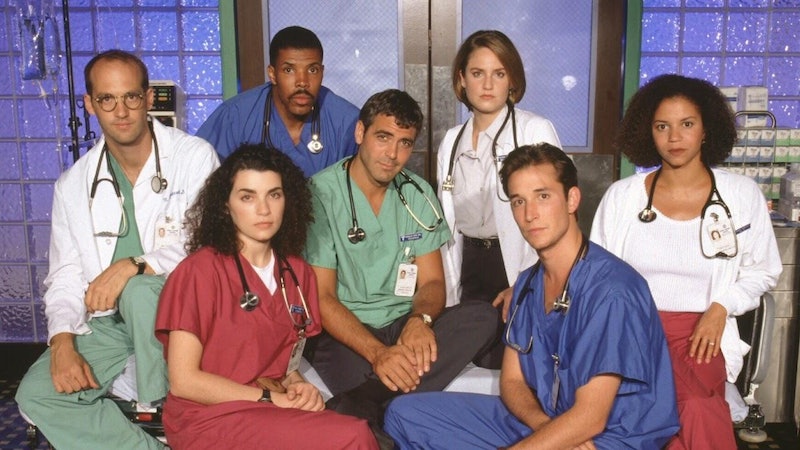 Over the course of 15 seasons, E.R. wrung every drop of dramatic possibility from its title location. With each episode capturing rapid-fire action and life-or-death decisions, the show was filled with high emotional stakes and soap-opera pathos. It was a potent and compelling combination, and it netted the series 23 Emmys, including Outstanding Drama Series. All of that seriousness makes it easy to overlook the show's other strong suit — humor. But these 21 funny E.R. quotes highlight just how great the show's lighter side could be, even if you totally forgot about them over the years.

Even the darkest episodes of E.R. had quips woven in, and between severe cases there'd often be a patient with something lodged where it shouldn't be complaining loudly to break up the tension. Jokes in early seasons were often about the difficulty of the profession, while later on, after audiences had spent seasons getting to know the medical team, the jokes poked harder at characters' personalities. George Clooney's Doug Ross often got the best zingers in, but later seasons saw Kerry Weaver and Abbey Lockhart's dry humor take over. So take a look at E.R.'s sillier side, and maybe you'll see this drama in an entirely new light.

More like this
Lisa Kudrow Explained How Her Body Image Changed While Filming 'Friends'
By Grace Wehniainen
Josh Peck Shows Love To Jennette McCurdy After Her Shocking 'iCarly' Revelations
By Radhika Menon
At 14, D'Arcy Carden Was Sneaking Out To Parties & Crying Over Kurt Cobain
By Ivana Rihter
Miranda Cosgrove Reacts To Jennette McCurdy’s Shocking ‘iCarly’ Revelations
By Grace Wehniainen
Get Even More From Bustle — Sign Up For The Newsletter