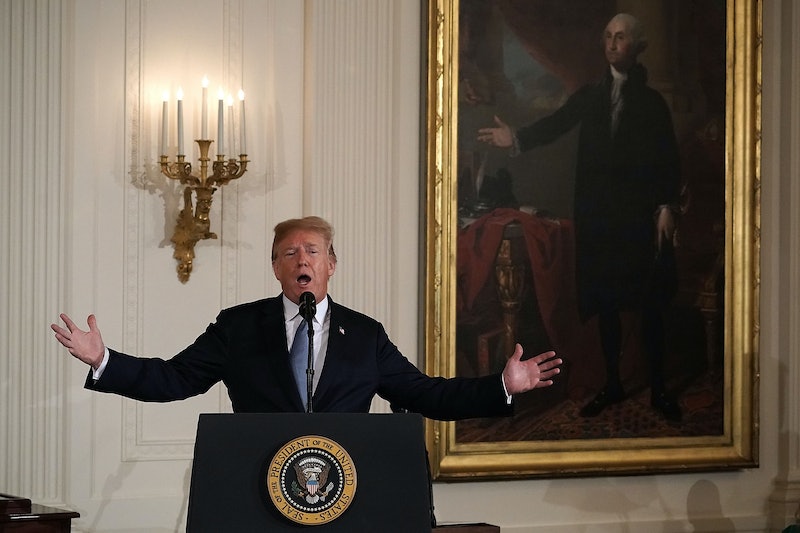 On Tuesday, a federal judge ordered the Trump administration to immediately reunite all immigrant families that have been separated under the administration's zero tolerance immigration policy. This family separation ruling orders Trump to reunite all children under the age of five with their parents within two days, while all children who are over the ages of five must be reunited with their parents within 30 days.

Though Trump signed an executive order last week declaring an end to the family separation policy, there was no plan as of yet for when and how the administration planned to reunited the approximately 2,000 children who have been separated from their parents since April.

The ruling, which was handed down by Judge Dana Sabraw, declared that "recent events confirm allegations that [the practice of separating migrant families was applied indiscriminately]." It added that "extraordinary relief" was requested, and is in fact "warranted under the circumstances."

In his ruling, Sabraw said, “The unfortunate reality is that under the present system migrant children are not accounted for with the same efficiency and accuracy as property. Certainly, that cannot satisfy the requirements of due process."

Trump has yet to comment on the ruling, or to provide clarity on how the administration plans to reunite migrant children with their families in such a fast window of time.

In the ruling, Judge Sabaw said,

This situation has reached a crisis level. The news media is saturated with stories of immigrant families being separated at the border. People are protesting. Elected officials are weighing in. Congress is threatening action. Seventeen states have now filed a complaint against the Federal Government challenging the family separation practice. See State of Washington v. United States, Case No. 18cv0939, United States District Court for the Western District of Washington. And the President has taken action.

Judge Sabaw noted that Trump did technically take action by ending the family separation policy, but then added that Trump's solution to reuniting the families has been vague thus far, which is why he was passing down the order. Judge Sabaw also challenged the legitimacy of the policy in general, since many families at the border were seeking asylum and were therefore protected from certain criminal punishments.

First, although parents and children may lawfully be separated when the parent is placed in criminal custody, the same general rule does not apply when a parent and child present together lawfully at a port of entry seeking asylum. In that situation, the parent has committed no crime, and absent a finding the parent is unfit or presents a danger to the child, it is unclear why separation...would be necessary.

The U.S. federal judge noted later in the ruling that there was no objection to the Executive Branch's goals or desires in prosecuting illegal border crossers. Rather, he clarified, "Plaintiffs do seek by way of the requested injunction is to uphold their rights to family integrity and association while their immigration proceedings are underway." In other words, allowing parents and children to stay together at the border wouldn't get in the way of establishing a more strict immigration policy.

Now, the question is whether or not the Trump administration will be able to reunite these children with their parents as quickly as Judge Sabaw has demanded it — and whether or not the judge will be able to know if this has happened or not. Given the increasingly tight-lipped policies around the detention facilities holding migrant children, it might be difficult to stay on top of this process.

What's more, the Trump administration could have trouble relocating children with parents, especially since many parents have been deported while their children remained in the United States.