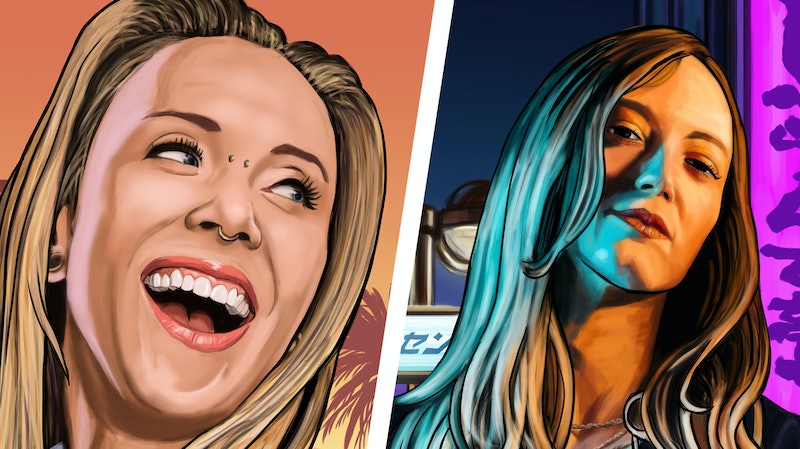 This Game Changed My Life/BBC Sounds
By Sophie McEvoy
March 26, 2020

With years of experience between them, gaming journalists Julia Hardy and Aoife Wilson have seen the industry transform from a sideline sector of entertainment to one of its most dominant forces. In 2018, the UK game industry accounted for more than half of the entire UK entertainment market, outstripping both the music and video sectors combined. But it’s not all about graphs and figures. Video games offer a totally different experience from other mediums, allowing players to immerse themselves in stories and intricate gameplay controlled by them.

This emotional element of gaming is what Julia and Aoife have honed in on with their new podcast, This Game Changed My Life. In one episode, we hear from Mat Westhorpe, a paramedic and gaming enthusiast. Matt speaks of how space flight simulator Elite Dangerous helped his 15-year-old nephew Micheal in the last days of his life, making things more bearable. Three years prior to his death, Micheal was diagnosed with lymphoblastic leukaemia. “[The game] gave him an escape from the realities and it gave him purpose,” Matt explains to Julia and Aoife during the episode.

Listening to Matt speak about Michael's love for Elite Dangerous, I'm reminded of Pokémon and all that it has done for me over the years. Being able to transport myself to a world that I was in complete control gave me stability as a kid, and it still does to this day. Aoife can relate. “On so many levels, you’re just enjoying a game, but it’s so much more than that,” she says.

So, how did these two enthusiasts first discover gaming? For Julia, it was all about Sonic the Hedgehog and Day of the Tentacle, which she played with her school mates. “That’s what got me hooked,” she says. Aoife started her gaming journey with a few of her brother’s old PlayStation 2 games, but it wasn’t until she came across Resident Evil that she knew this medium was for her.

When it came to the game that changed her life, however, Aoife didn't discover that until relatively recently. Life Is Strange follows 18-year-old Mazine Caufield, who discovers she can rewind time. But with every change, Mazine causes a chain reaction akin to the Butterfly Effect. "I can’t imagine it existing anywhere else or even existing in gaming ten years ago," Aoife says.

Although Life Is Strange has a huge focus on the supernatural, Aoife is more interested in its more human aspects. “It covers things like suicide, slut-shaming, bullying, LGBT rights, and it’s just incredible to see games touching on stuff like that, even now,” she tells me. Aoife is especially impressed by its portrayal of female friendship and the female experience, especially since, for such a long time, gaming was considered a boys club and the games on offer reflected that. That's why it's so important for female players to make their presence known in the community, Aoife explains: “The more people who are underrepresented put their head above the parapet and say ‘You know what, this is mine, this space belongs to me and it belongs to her and it belongs to them,’ the more the gaming industry will listen.”

Much like Pokémon did for me, Life Is Strange allowed Aoife to deepen her understanding of herself. And Julia feels the same about her experience with gaming. She explains that, for certain people, games can be a safe space in which they can also figure themselves out without the stress of external pressures. “With gaming, you can play around and figure out who you are before deciding what the next step for your life will be,” she says. “People nowadays can be confused and need the ability to figure themselves out in a safe way. All these different perspectives allow you to do that — to work out your place in the world and where you want to be.”

This Game Changed My Life is available to listen to on BBC Sounds.