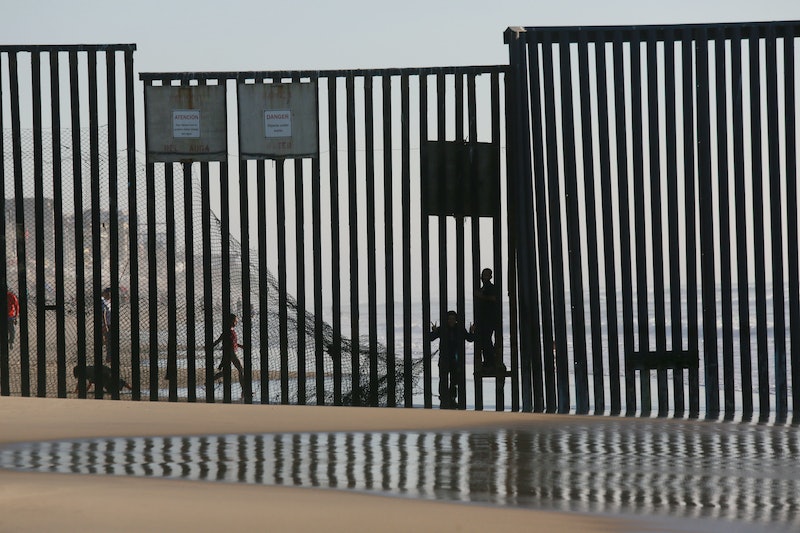 After the 116th Congress officially began its session on Thursday, one Republican lawmaker reintroduced a bill designed to make President Trump's border wall a reality. According to The Hill, Ohio Rep. Warren Davidson's "Buy a Brick, Build the Wall Act" would allow private citizens to fund the border wall through contributions to a designated Treasury Department fund.

This bill was previously introduced in November, but Davidson reintroduced it to the new Congress as HR32. On Thursday, Davidson tweeted that the act would direct the Treasury Department to set up a border wall fund, arguing that "millions of Americans agree and want to chip in to help secure our borders."

Davidson's reintroduction of this bill comes on the heels of a GoFundMe campaign to raise money for Trump's proposed wall; at the time of publication, this campaign had accumulated more than $18 million in donations. Ohio Rep. Jim Jordan pointed to this campaign in a Thursday tweet as an argument in favor of Davidson's bill.

Funding for the border wall has been a significant point of contention between Congressional Democrats and the president, resulting in a partial government shutdown that has lasted for nearly two weeks. Trump has stated that he will not sign any government funding bills that do not include funding for his border wall — funding that Democrats have thus far refused to provide. Consequently, more than 400,000 federal employees have had to work without pay.

According to The Hill, Davidson's bill is unlikely to pass the House, now that is controlled by a Democratic majority. It would also be unlikely to pass the Senate, where it would need to receive at least 60 votes in order to be sent to Trump's desk. Nonetheless, Davidson has reintroduced this legislation in the hopes that private citizens would be able to fund the wall — a far cry from Trump's campaign promise that Mexico would pay for it.

However, Trump has insisted that Mexico will, in fact, be paying for the wall, The Washington Post reported. During a Wednesday meeting to discuss the government shutdown, Trump told Democrats that savings from a new North American trade agreement would effectively fund the wall, even though this trade agreement has not yet been approved by Congress.

Trump also rejected the Democrats' proposed government funding plan because it did not include any border wall funding, and stated that he would not accept any amount lower than $5 billion. According to CBS News, Democrats have offered $1.3 billion for border security, but nothing specifically designated to a border wall.

Then, on Thursday — after new Congressional officials had been sworn in — CBS News reported that Trump made an unexpected appearance in the White House briefing room. According to CNN, this was his first time speaking from behind the briefing room podium. During this appearance, Trump congratulated Nancy Pelosi on being elected as House speaker, and doubled down on his border wall demands. He was accompanied by three Border Patrol Council members who argued that walls are necessary to securing the U.S.-Mexico border.

If Trump continues to insist on border wall funding, CNN reported, the ongoing shutdown may stretch on longer than on any previous occasion. According to CNN, the longest government shutdown lasted for 21 days, during former President Bill Clinton's administration.