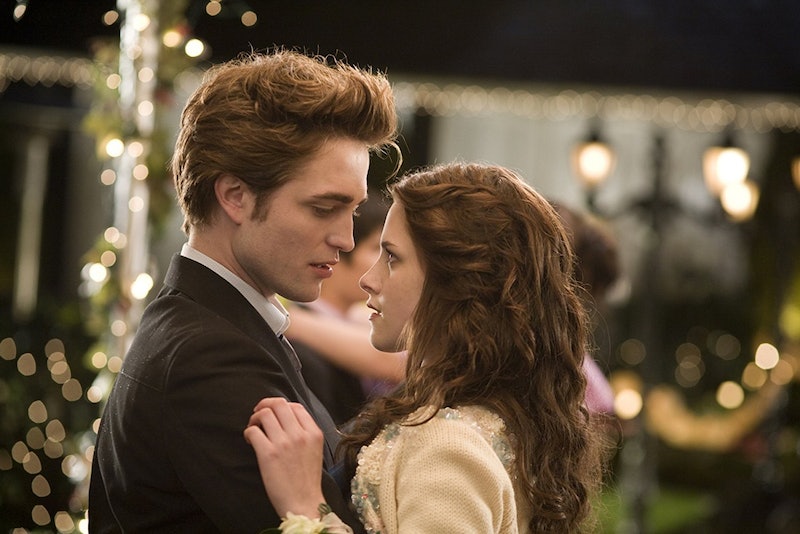 It’s been 10 years since Twilight premiered in November 2008 and captured fans’ hearts around the world. Of course, the film wouldn’t have come together as it did without the vision of its director, Catherine Hardwicke. And while chatting with Bustle about the movie, the filmmaker reveals some fun facts that even Twilight superfans may not be entirely familiar with — such as the trivia that one iconic line from the movie almost didn’t make the cut.

Both“Twi-hards” and casual fans likely remember the tree scene at the Cullen house. movie. It’s memorable for one particular line that Edward (Robert Pattinson) tells Bella (Kristen Stewart): "Hold on tight, spider monkey." But speaking on the phone recently, Hardwicke explains that the quote was actually a last-minute addition to the script.

“The day before, there was no line written in the script and I thought, 'You know, it might be better for Robert to have something to say to her,'" the director recalls. "So, I came up with 10 lines, I gave him 10 choices. And [with] 'hold on tight spider monkey' — he goes, 'I think I’ll say that one.’'

The rest is history. Hardwicke reveals that she actually collaborated with Pattinson frequently on Twilight dialogue, explaining, “That was just one thing that just popped into my head in the middle of the night the night before and he picked it. Every day was another little funny, weird, ‘Let’s try this, let’s do this.'"

And that included music. When Hardwicke first heard Pattinson playing the piano, sh was "blown away," she recalls, and the same went for his voice. "The first time I heard him sing, [I said], ‘We have to put your song in the movie,'" the director remembers. "But he didn’t want to record, he was too embarrassed."

But Hardwicke thought of the perfect solution for the actor's nerves. She brought Pattinson to a friend's recording studio in California, a tiny space where she felt the actor "wouldn't be intimidated." The session resulted in Pattinson singing two songs on the Twilight soundtrack, "Never Think" and "Let Me Sign."

Hardwicke also has a particularly fond memory of filming the movie's beautiful prom scene. "It was really magical, I have to admit. All the lights out there," she recalls. "Even though it was freezing, it was super special, like you really felt like you wanted to be madly in love right that second and just dance with somebody."

Looking back on the film 10 years later, the director knows just how special it was for so many people. Recently, she was involved in a Twilight tour in Portland, Oregon, during which she traveled by bus throughout the various filming locations with a number of fans. But when she tried to stump the fans with trivia about the film, she realized that there wasn't going to be anything she could get past them.

Hardwicke is more than alright with fans' excitement over the movie, as it just goes to show that Twilight resonated with countless viewers. "This is the one movie that I’ve work on that people really know the details of all the effort we put into it, all the layers," she explains.

On the flip side of that coin, there is a faction of Twilight haters out there, some who criticized the film for some pretty sexist reasons. However, Hardwicke believes that if people give the movie a chance, they'd realize just how much fun they would have watching. Even one mega-famous director that you might never suspect to be a fan of Twilight can vouch for it. "I was doing something with Eli Roth... and he told me that Quentin Tarantino had done an interview and he said that he just loved Twilight because it made him feel like a 13 year old girl," Hardwicke says.

Regardless of how you originally felt about Twilight, you should give it another watch in honor of its 10th anniversary and relive all of the magic of Hardwicke's iconic movie.