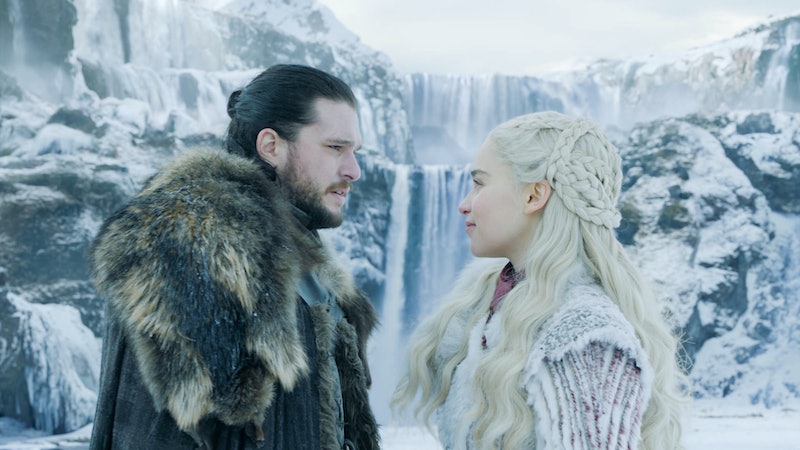 Fans have waited two years for the final series of Game of Thrones. It's safe to say that more than a few familiar faces have been lost along the way and viewers are in for a whole lot more death, drama, and destruction before the show finishes. The cast may have considerably depleted but viewers seem to think that there is plenty of eye candy left. So who is the sexiest Game of Thrones character? One survey shows that Jon Snow and Sansa Stark are sitting pretty as fans vote them the hottest. However, the findings also highlight that viewers don’t seem to care how good or truly evil a character is and, for the women surveyed, gender didn’t have a bearing on which characters they thought were sexiest.

Dating app Jaumo surveyed its users to find out which of 15 remaining female and male GoT characters they found most desirable. Of those asked, 81 percent of women said they thought that Jon Snow was the sexiest remaining character. He was very closely followed by the Mother of Dragons, Daenerys Targaryen, who got a thumbs up from 71 percent of female respondents and, in third place, 63 percent of women voted Sansa Stark as the sexiest character.

Meanwhile, Sansa took top spot with the male respondents. Of those asked, 95 percent voted her the sexiest character left in the series. Again Daenerys Targaryen took second place with 92 percent and her faithful companion, Missandei got the yes vote from 88 percent of male respondents.

While there was agreement at the top of the table as to who was the sexiest some characters were more divisive. Gilly got the thumbs up from 84 percent of male respondents compared to 29 percent of women. Similarly, the fearsome Cersei Lannister got a yes vote 76 percent of men surveyed, but 42 percent of women.

Sadly for one of the nicest characters left in the show there was consensus at the bottom of the table. Samwell “Sam“ Tarly got the yes vote from just seven percent of male respondents and 33 percent of the women surveyed. Theon “Reek“ Greyjoy fared a little better with eight percent of men giving him a thumbs up. However, he came last with female respondents as just 26 percent voted him the sexiest character.

The women in the study were overwhelmingly more attracted to the female characters than the male ones. You only have to watch one episode to see why — they are all absolute goddesses. Daenerys Targaryen, Sansa Stark, and Missandei were all voted as more desirable than Jaime Lannister, Podrick Payne, and Grey Worm.

What the survey did make clear is there is someone left in the series for everyone. You may have lost your number one bae along the way (RIP Khal Drogo — yes still) but there is definitely enough talent left among the remaining main 15 characters for viewers to appreciate.