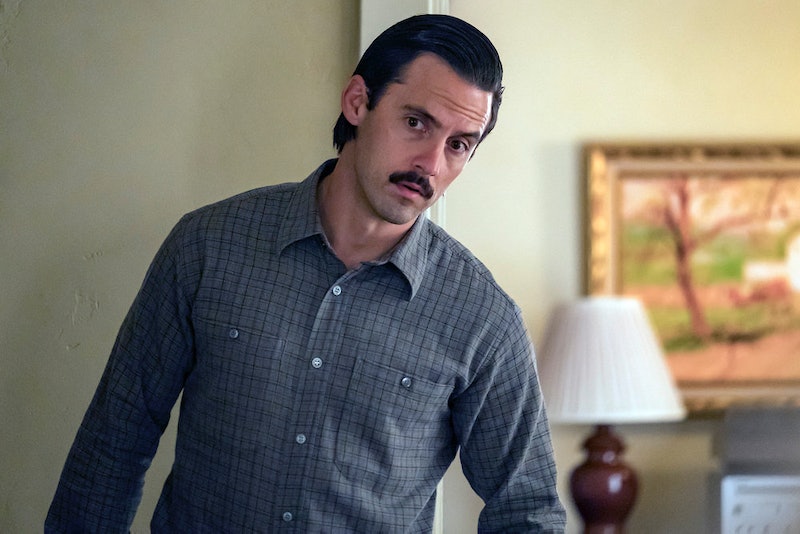 This Is Us has made a name for itself as a heartwarming, yet oftentimes sob-inducing, television show. It follows three siblings, the Big Three, both in the present and through flashbacks, and focuses on how their family gets through some of life's hardest moments. The show is currently in its third season, and is still just as successful as ever, but according to one of the main stars, Milo Ventimiglia, This Is Us could end after Season 6.

During an appearance on The Ellen DeGeneres Show on Thursday, Feb. 21, Ventimiglia was asked about the rumors that the family drama would end after Season 6. "We never know where we’re going to go. We never know what’s going to happen,” the actor told host Ellen DeGeneres, as reported by Entertainment Tonight. "The show could have a huge spike in Season 6 and everybody wants more beyond that, but I think creatively, they have an idea of what they’d like to do to kind of wrap it up in this nice story.”

Before fans start bemoaning the show's inevitable end, though, there is a silver lining to knowing about the show's final season in advance. "At least the audience knows, the fans know, they’re going to get three more seasons, which is nice we can commit,” he said. "It’s not like, will it be on? Won’t it be on? But then beyond that, yeah, maybe there will be more. I don’t know.”

As DeGeneres mentioned, the fact that This Is Us is planning to end after Season 6 isn't exactly news. At the beginning of February, creator of the show Dan Fogelman and showrunner Isaac Aptaker said something similar in an interview with Deadline. In the interview, they revealed that they already have "multiple seasons mapped out" and that they know how This Is Us will end. In fact, most of the actors on the show know too.

And, according to Fogelman and Aptaker, fans shouldn't worry about whether they'll be content with the ending or not. The writers have done a good job keeping audiences satisfied thus far, even if it gets immensely sad at points, and the end of the series shouldn't be any different. “I would hope that it’s elegant,” Aptaker said. “That’s what we’re going for. I would hope that when we reach our ending, people think it’s a really satisfying end place, that makes sense, and it feels like they’ve watched something that is a complete piece of work because that’s really how we’re trying to plan it.”

Want to know how good they are at this whole "mapped out" thing? They've actually already shot end scenes for the series finale. In August 2018, the actors who play Young Kevin and Teen Kevin revealed that they've filmed their series finale appearance. Of course, this is because they're playing specific ages, so if they want to show something at the series' end about those timeframes, they have to get them filmed now, before the young actors grow up and out of that age range.

It seems like the creative minds behind This Is Us have it all planned out, and with three seasons still left to go before the rumored end, who knows what they have in store.