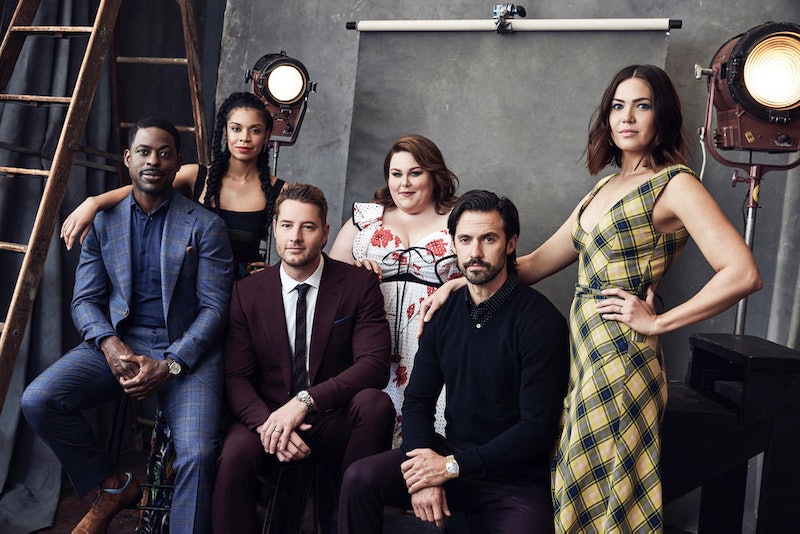 The third time may prove to be the charm for This Is Us this Emmy season, as the show has been nominated for Outstanding Drama Series every year since 2017 without taking home the award. With the third season up for the title yet again this year, and Season 4 on the horizon, Pearson family fans may be interested in revisiting the series with the luxury of being able to skip through commercials and not have to wait a week for the next episode. However, This Is Us Season 3 won't be streaming on Netflix any time in the near future, just as This Is Us Seasons 1 and 2 aren't available for streaming on Netflix.

While some shows are available on multiple streaming platforms, the only ways to stream This Is Us currently are via the NBC website, Hulu, and any streaming TV services with DVR such as SlingTV. Presumably, This Is Us will be available on NBC's recently announced Peacock streaming service in the future, but anyone who relies solely on Netflix for their streaming purposes and is looking for a chance to marathon-watch the series will need to look elsewhere.

Anyone that is ride-or-die for Netflix when it comes to streaming, however, will be more than able to find a show that may not quite be This Is Us but provides the same type of family-feels.

Parenthood doesn't have the same time-twisting mechanics that have defined This Is Us, but the show did spend six seasons as NBC's premiere source of family-based drama before This Is Us stepped onto the scene. The entire series is available for streaming on Netflix, which means over a hundred episodes of Braverman humor and heartbreak.

One Day At A Time

One Day At A Time is more of a sitcom than This Is Us is, but that doesn't stop ODAAT from having some of the most tear-jerking moments in all of television. The Season 2 finale alone is enough to give any Crock Pot-related tragedy a run for its money when it comes to sheer emotion present on screen.

Shameless will be premiering its tenth season later this year, adding yet another chapter to the long-running tale of the Gallaghers. The series is a lot more crass than This Is Us — okay, way more crass — but both series share a beating heart of gold at their cores and a message about the perseverance of family.

Before Lauren Graham was in the Braverman clan, she was the keystone of Gilmore Girls — the multi-generational tale of the intersections of family, wealth, and community. Sandwiched between her daughter Rory and her mother Emily, the Gilmore family isn't as wide-reaching as the other families on this list, but what the Gilmores lack in quantity they make up for in quality pop culture references.

While This Is Us is only available on Hulu and NBC, there are plenty of series on Netflix that can fill the void.

More like this
The 'Gossip Girl' Reboot Creator Is “Looking For A New Home” To Air A Potential Season 3
By Brad Witter
The OG Power Rangers Are Returning For A Spandex-Clad Special
By El Hunt
Here’s Everything Coming To & Leaving Netflix In February
By Jake Viswanath
Netflix Shut Down 'Bridgerton' S3 Rumours About A “Very Dark” Storyline
By Bustle
Get Even More From Bustle — Sign Up For The Newsletter
From hair trends to relationship advice, our daily newsletter has everything you need to sound like a person who’s on TikTok, even if you aren’t.