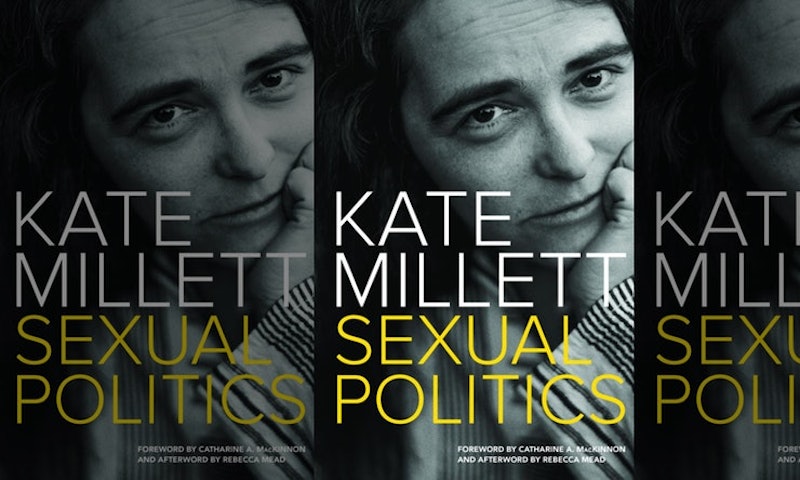 When feminist activist and author Kate Millett died on Sept. 6, at the age of 82, tributes poured in from around the world. One of them, a final interview with Millett published in the New Yorker, serves as an important reminder about the divisive relationship between queer women and feminism throughout the history of the movement, and how Millett helped to bridge that gap. Millett is best-known today for her work Sexual Politics, published in 1970 and still highly relevant to today's struggle with the patriarchy, but the short New Yorker interview presents another aspect of her work: what Millett, who was bisexual and married to a woman, thought of Betty Friedan, author of The Feminine Mystique, whose homophobic views of women in the feminist movement were well known.

These conversations continue to be important as the legacy of feminism's second-wave continues to make its mark. For one, acknowledging who second-wave feminism did and did not include gives us a good insight into what still needs to be done. For another, queer women in particular have had a complicated relationship with mainstream feminism. Looking at the issues between Millett and Friedan as a mere personality clash, as previous scholars may have been wont to do, ignores the vital lesson to be learned from their relationship as two leading figures of second-wave feminism: that homophobia and transphobia are incompatible with the fight for women's rights.

More like this
Jujubee’s Humble Reminder
By Sam Ramsden
How To Come Out Online, According To Trevi Moran
By Melanie Mignucci
Why You're Seeing Green Bandanas At Abortion Rights Protests
By Lexi Inks
Every Single Big & Small Way You Can Fight For Abortion Rights
By Tess Garcia
Get Even More From Bustle — Sign Up For The Newsletter