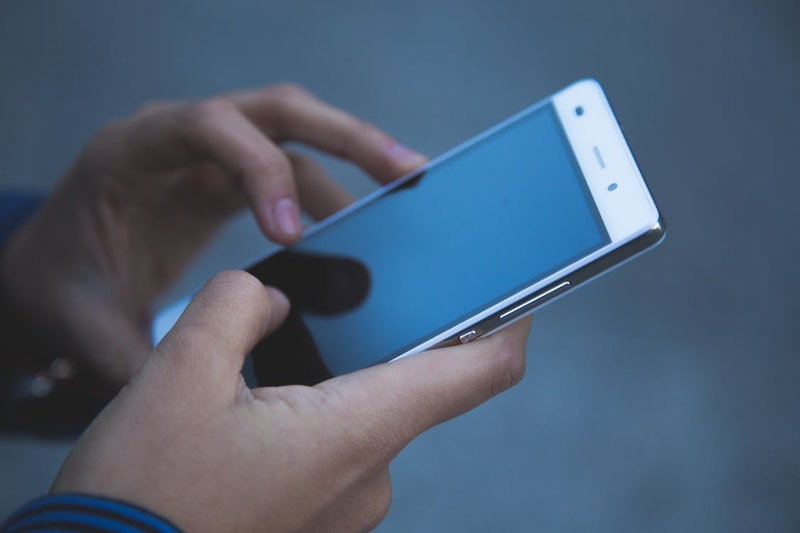 Another day, another opportunity to judge women’s clothing choices, right? Whatever a woman wears, it seems like someone will always have something to say about it — and the trend for transparent tops is no different. In the last few days, a man’s tweet about women’s see-through clothing has sparked some serious clap back from people who have no patience for the double standard applied to women’s and men’s clothing. In addition to giving us all some truly epic (and hilarious) sass, the controversy has also led to a broader discussion of the way that society polices and sexualizes women’s bodies.

Last Thursday, Twitter user @iHateYungJules tweeted images of model Bernice Burgos and singer Paloma Ford, both wearing transparent tops without bras, with the question, “I guess see-through shirts with ya nipples showing is the wave for you females this summer, huh?” Celebrities wearing transparent clothing is nothing new — Rihanna famously donned a sparkly barely-there dress for the CFDA awards in 2014 — but sheer tops and visible nipples do seem to be particularly on trend at the moment.

In a tweet responding to @iHateYungJules that has since gone viral, 16-year-old Quenlin Blackwell, from Dallas, highlighted the double standard that exists when it comes to male and female chests. She tweeted, “yuh and I guess wearing no shirt with ya nipples out been the wave for you males for..forever. we just joining the wave y'all been on.”

In an interview with BuzzFeed, Blackwell highlighted how bizarre it is that women’s breasts are so often regarded as inherently “inappropriate.” “How does a breast offend someone?” she asked. “How does an organ — NOT EVEN AN ACTUAL SEXUAL ORGAN — offend so many men and their so-called 'masculinity'?” She added, “That tweet struck a chord with me because I know some fathers that tell their children to be modest, and that this social construct of modesty translates into sexual safety and purity.”

Blackwell’s tweet has proven to be hugely popular, racking up 33,000 “likes.” Many other Twitters users have responded in kind.

Some people have pointed out a more practical reason to forgo bras:

Clearly, this trend isn't for everyone, and plenty of people responded to @iHateYungJules's tweet by saying they weren't into wearing see-though clothing. And that's completely their right — the whole point of this debate is that not everyone has to wear the same thing. What are more problematic are tweets that suggest that women who wear this type of clothing are "asking" for unwanted attention. Other Twitter users were quick to shut down that line of thinking.

Faced with a barrage of responses, @iHateYungJules tweeted again to say that his original question wasn’t meant to be judgmental. “Nobody is complaining lol I think this look is actually [fire] if done right. Was just trying to see if this was the wave for summer 17," he wrote. He later added, “At the end of the day it's your life. Live how you want to live & not based off popular/unpopular opinions of others.”

Fashion trends come and go, but one thing is a constant: Women face judgment no matter what they wear — for wearing too little and for wearing too much. Whether you love the sheer trend or hate it with a passion, can we just agree to let people live and dress however feels right to them? It would certainly make life simpler.